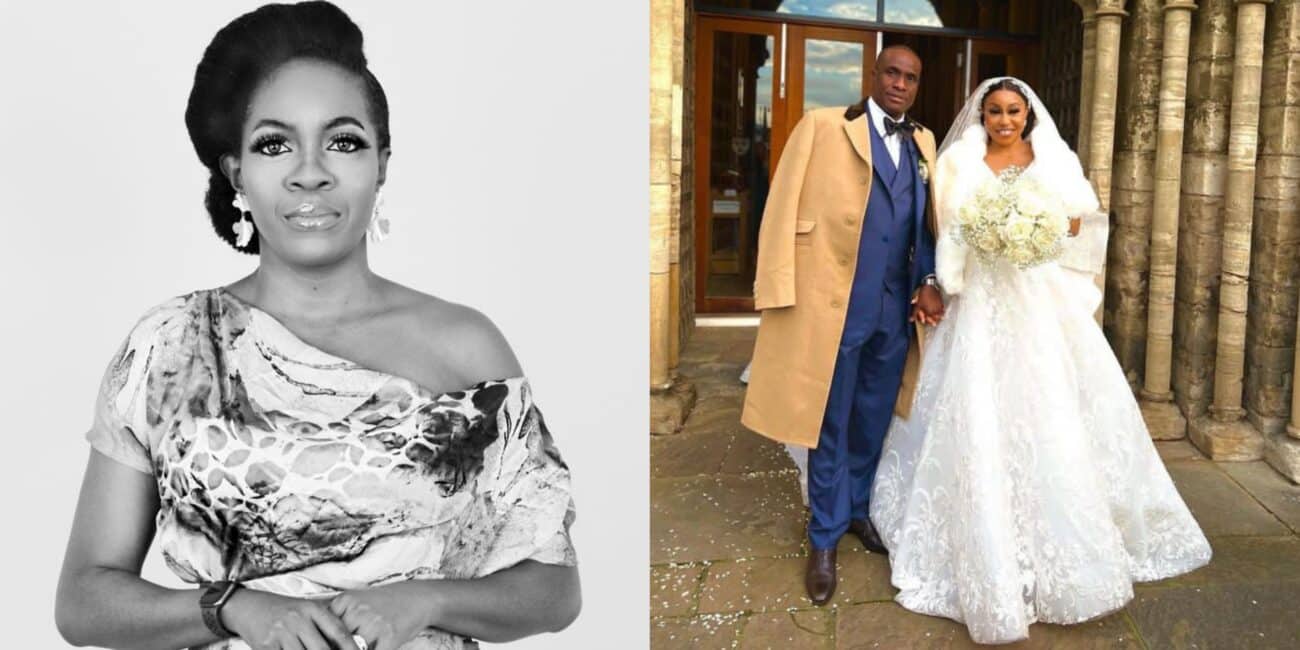 Media personality, Shade Ladipo has advised her female gender as she reacts to the highly publicized wedding of Rita Dominic at 47.

Rita Dominic made headlines on Saturday, November 26th, as she tied the knot with her boo, Fidelis Anosike.

The actress got wedded at the age 47, in a grand wedding in North Yorkshire, England.

Shade Ladipo, used the movie star as a reference to advise ladies against rushing into marriages.

The media personality opined that having a woman like Rita walk down the aisle at 47, as set a tone for future generations.

Shade avowed that marriage isn’t an achievement to be had in your 30ties.

She advised ladies to choose their paths and embrace it with their full chest.

“I think it’s important for me to emphasize how important it is that Riri is getting into her first marriage at 47 and from all accounts it’s her dream wedding.

Love is not a linear journey. Marriage is not an achievement to be had in your 30ties. Choose your path and embrace it with your full chest.

I love your Riri and I wish you only Peace & Joy on your special day”.

When Rita Dominic had her traditional wedding in April, Shade Ladipo weighed into it.

She averred that she’s pleased that the society is gradually changing it’s perspective about marriage as opposed to hounding women to get married in their early 20s.

Addressing women, the content creator said there’s more to life than getting married and having children in their 20s. She then advised them to focus on developing themselves in their early years.

She however noted that there’s no singular manual to life.

Taking to her Instastory, she wrote,

“I’m so glad we’re gradually normalizing women getting married in their forties. Women need to really rethink the use of their 20s & 30s.

Ladies there’s nothing wrong in securing your bag. Developing high emotional intelligence and chasing your dreams early in life.

Plenty roads to the market.

No to just to born, become wifey at 25 with 5 children. God made you for so much more than to procreate and be married.”

When singer, MI Abaga got married in his 40s, Shade dragged Nigerians for overlooking his late marriage.

Kemi Filani news reported that the singer said ‘I do’ to his woman, Eniola Mafe in a star-studded ceremony in September, 2022.

However, his wedding didn’t receive much publicity and motivational quotes unlike Rita Dominic and Mercy Chinwo.

Recall that when the Dominic and Mercy Chinwo got married, they were the trending topic on the internet because of their age. Many used them as references, examples, points of prayers and even motivational quotes.

This wasn’t the same for MI Abaga who got married at the age of 41.

“MI Abaga got married at 41 and not one meguire to aspire to perspire about his age… If na Kemi Adetiba or my Rita D it would have been a different story”.