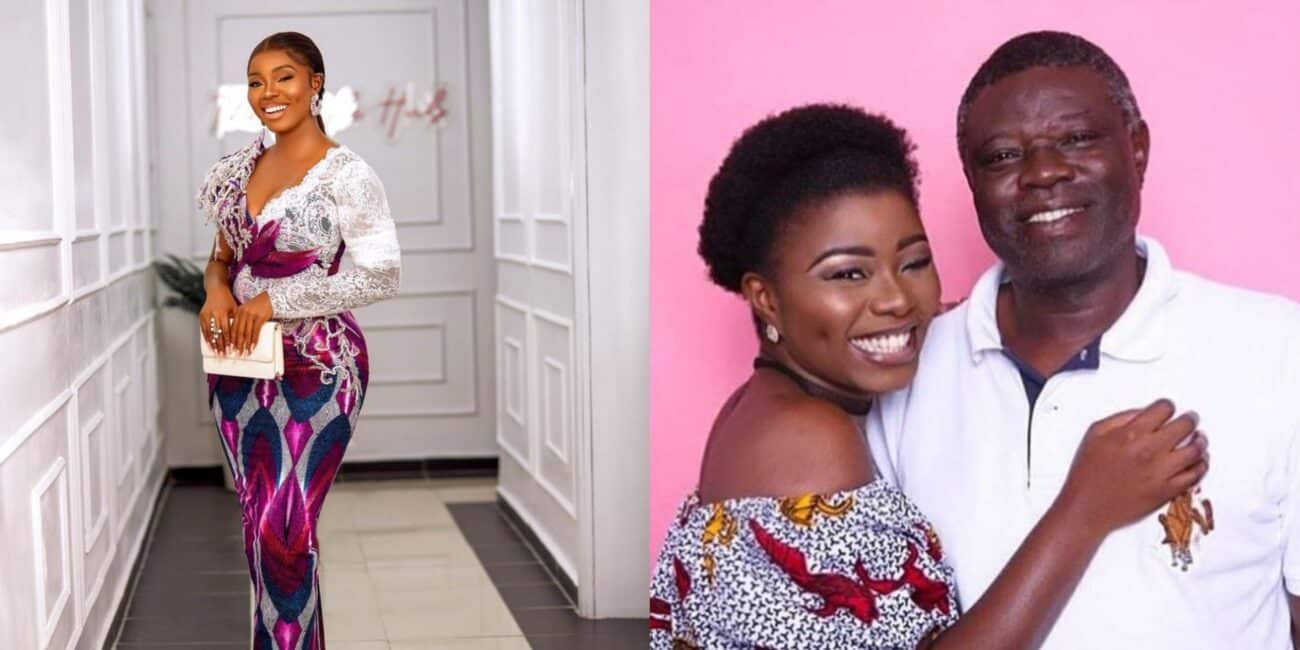 It is a trying time for media personality, Ariyike Owolagba popularly known as Ariyike dimples as she loses her dad.

She noted how her father fought so hard to live, until, death came knocking.

Eulogising him, she expressed her gratitude to him for the gift of being her father, friend, leader, guardian and more.

Affirming her undying love for him, she bade him goodbye.

“You fought so hard! I know you did and you are my Hero still!! I love you so much my daddy and I will miss you so so so so much! Thank you for the gift of being my father, my friend, my leader, my teacher, my guardian, my ringer of wisdom….the list is ENDLESS my daddy! NO ONE would have done a better job raising me! I am who I am today because of God and because of YO and the man that you are Matto!

Till we meet to part no more my daddy, You will always be in my heart”.

The month of November has witnessed so many deaths in the entertainment industry.

The reality star made this known on her Snapchat.

Sharing a photo of her beloved mother, she expressed sadness at her mother’s early passing.

A devastated Eriata noted how her mother left her at the time she needed her the most.

Describing her as her sugar crush, she revealed how heartbroken she is over her demise.

“You left me when I needed you the most. My sugar crush why? You broke my heart. Rip my best friend, my super hero, my motivation, my role model, my counselor, my special adviser, my prayer warrior. You live in me”.

Also, actor, Bolanle Ninalowo and his wife, Bunmi were left shattered following the death of his wife’s mother.

In a post on his Instagram page, Bolanle called for prayers as he announced his wife’s mother’s demise.

Bolanle Ninalowo revealed that he lost his mother-in-law on Thursday, November 11th while he was celebrating his wife.

The actor assured his wife of his love as he promised to be with her till eternity.

“A prayer for my Queen’s mom.

Through the weekend while I was celebrating my wife, she was mourning her late mom who passed on November 10th! May her gentle soul rest in peace.

@queennino_b I got you for life baby. I am here and will forever be until my maker calls. Love you Adufe”.

His wife on her part wrote,

“Rest on Mama
Will forever miss you.
God loves you more”.