Mercy Eke brings out Igbo girl in her, dances during dad’s funeral preparation

Big Brother Naija (Pepper Dem) winner, Mercy Eke recently announced the demise of her beloved father earlier in the month and preparations are in top gear to give the man a befitting burial. 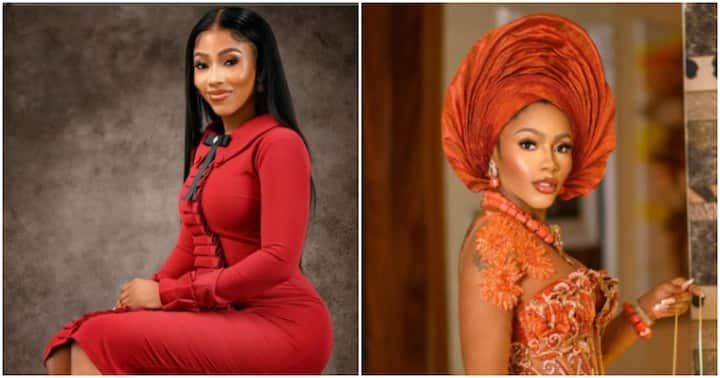 A video of a number of women preparing for Mr Eke’s burial rites has emerged online and Mercy could be seen vibing along with them.

In the video, the reality star showcased the Igbo lady in her as she sang the chorus of the traditional song about the essence of money and also complimented it with nice dance moves.

The funeral is scheduled to hold in Imo state and fans are looking forward to see what will unfold at the event.

Watch the video of Mercy’s traditional dance below:

Social media users have reacted differently to the video of Mercy Eke dancing with other women as they prepare ahead of her father’s burial.

“Umuada and their MONEY song.”

“Umu Ada when u give them everything on their list.”