Mercy Johnson vouches for husband, Prince Odi as she and kids declare political support for him (Video) 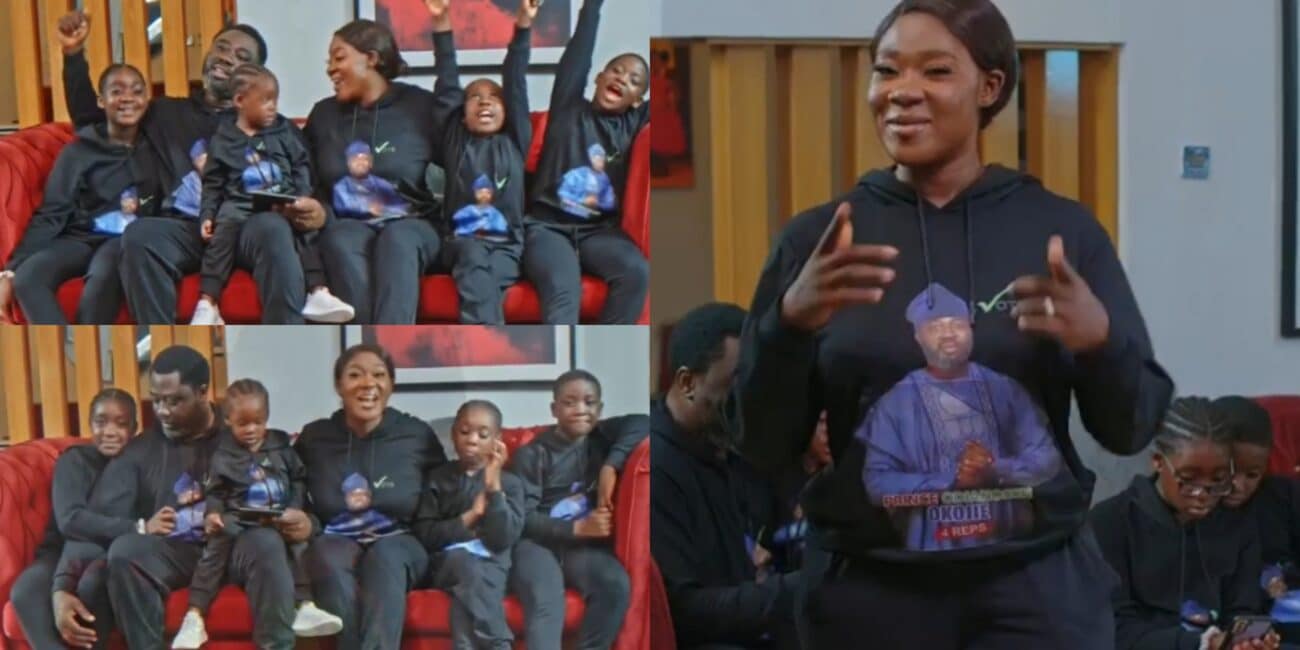 Nollywood actress Mercy Johnson Okojie has warmed hearts as she and her kids declare their support for Prince Odi Okojie.

It is no longer news that the actress’s husband is contesting for the house of representatives 2023.

In a video posted on her Instagram page, the actress and her kids could be seen showing support for him.

Mercy Johnson asserted that her husband is a man of his words, a man with a plan, and a man with the progress of his people.

She affirmed that she is proud to support him and his vision.

“He’s a man of his words, a man with a plan, a man with the progress of his people at heart. Always.

I’m proud to support my husband, Prince Henry Odianosen Okojie @princeodiokojie and his vision for a better representation for his people as Member House of Representatives”.

It was all joy and happiness for Mercy Johnson Okojie as her husband, Prince Odianosen Okojie emerged victorious in his political career.

Kemi Filani news reported that Mercy Johnson’s husband, had indicated his interest to run for a political office for 2023.

The entrepreneur and politician who is a member of the All Progressive Congress (APC) is running for the house of representatives 2023.

Celebrating her husband’s success, Mercy Johnson noted how proud she was of his win.

She described her husband as a good man and a man of the people.

Mercy Johnson pointed out how he would be an awesome federal representative for the good people of Esan land.

“Congratulations @princeodiokojie on this win. You are a good man and a man of the people. I am sure you will be am awesome federal representative for the good people of esanland… The mission is now a movement”.