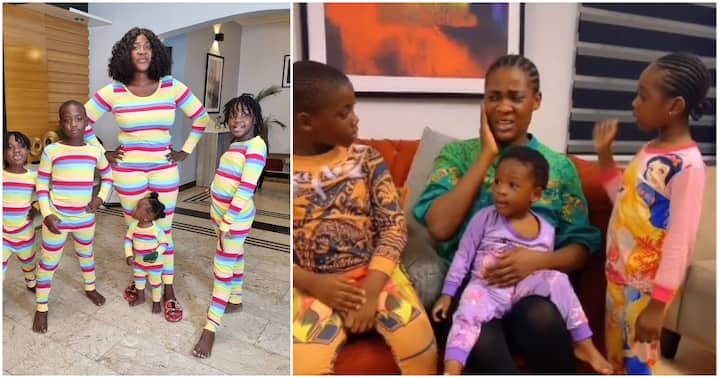 The actress got her fans and followers on Instagram excited after taking to her page with yet another video that captured a moment with her children.

In the video, Mercy was flanked by two of her kids with the last born of the family gently nestled on her laps.

While lip-syncing to an audio recording, the little ones landed their mum slaps on her face, causing her to wear a faux pity face.

Sharing the video with her online community, the actress hilariously captioned it: “factory reset.”

“They added jara on the slap.”

“They’ve been waiting so long to do that .”

“They are scared to slap her very well ,they just dey touch her face ni .”