General Overseer of the Mountain of Fire Ministry (MFM), Dr. Daniel Olukoya, and his wife, Shade have melted hearts with their beautiful dance in celebration of their 33rd wedding anniversary.

Kemi Filani reports that moments ago, the couple released a video of them dancing with joy with onlookers cheering them on, on social media. 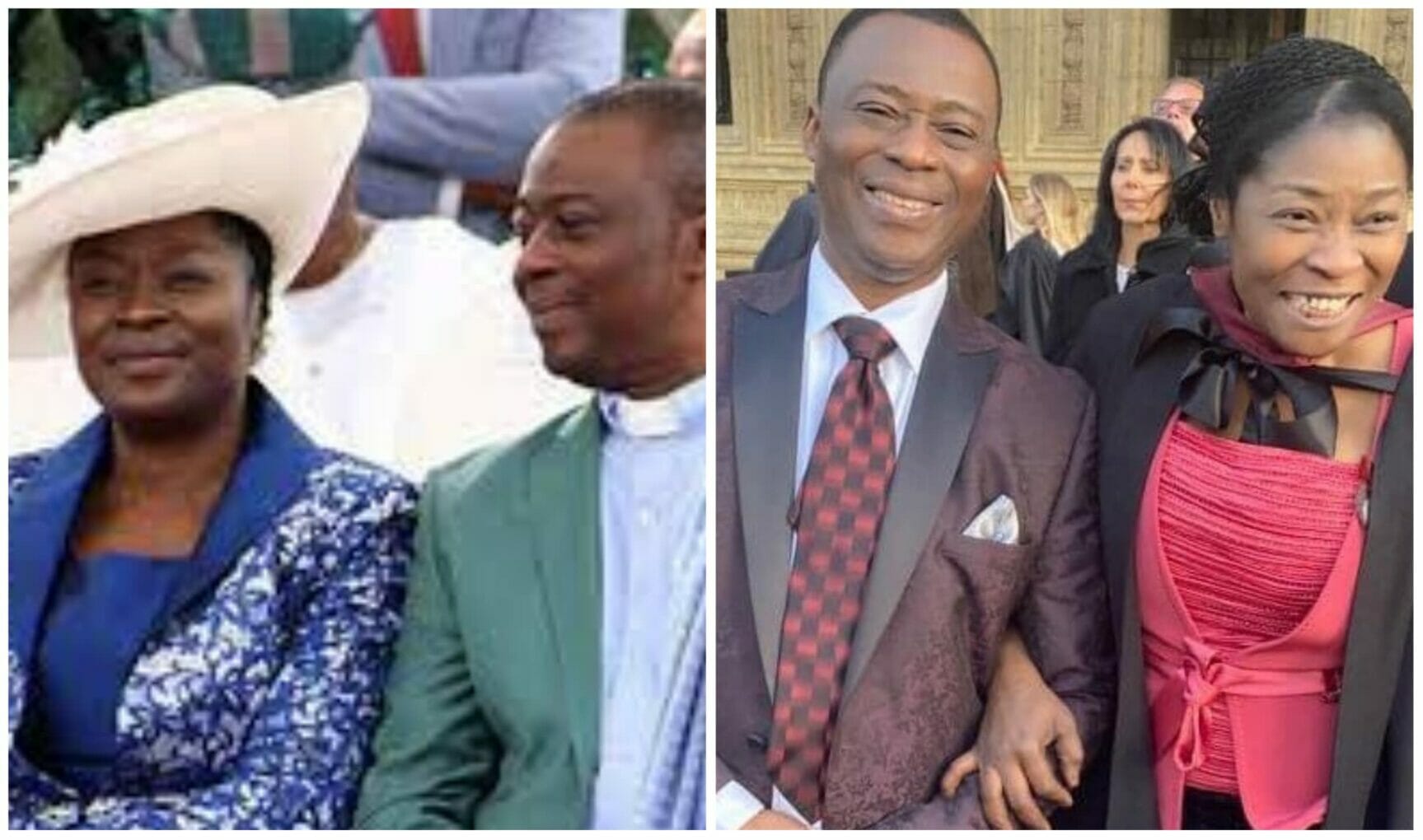 The viral video was accomplished with a caption that reads “how we celebrated our 33rd Wedding Anniversary as a family. Psalm 133. O How good and pleasant it is when brothers live together in unity! It is like precious oil poured on the head, running down on the beard, running down on Aaron’s beard, down upon the collar of his robes.”

The video has since sparked positive reactions from netizens on social media.

“Smiling all through watching this, God is good. Much more joyful moments daddy and mummy” One Wunmi wrote

One Ivy wrote “Wow I love this, happy celebration. Wishing you all more years to celebrate in Jesus’ name amen”

“Happy Wedding Anniversary, we wish you many many more glorious years ahead together in good health, sound mind, God’s unending Favour, and increased anointing to do more to the Glory of GOD in Jesus Christ’s Mighty Name, Amen” one Bola prayed

One Loveth wrote “Daddy is shy,well done Mummy,for bringing fun out of Him.Lets say na firing issue now…daddy will do better, your home is eternally blessed”

MFM Pastor, Olukoya reveals how failed marriage has killed over 90% of women

He said “Some rush into any kind of marriage just to bear any name that they are married. And therefore if you go to the cemetery and you count the graves of the women that are there, what killed 90% of them was the type of marriage they went into.

Others don’t really care, about the type of marriage they get involved in. but the truth is this, your life never remains the same after marriage. While the wedding day is for one day, the marriage is for life, many people will help you do the wedding, but eventually, marriage is between 2 people.

That is why we keep telling people here that the next thing after hellfire is a bad marriage. A bad marriage is an institution of God and marriage can make or mar your life in no certain measure.

What are the types of marriages that need deliverance?

A marriage where communication has broken down, where the inlaws have taken over, no time for each other and so the marriage is far crumbling. In marriages of actors and actresses, both partners are pretending as if things are alright but in private they are fighting, they are cursing, and quarreling.

Marriages that the third party has caged, when the home is controlled by mother-in-law and all kinds of people.

There is shallow marriage, no true love, just marriage for beauty, handsomeness, shape, etc; and when what you got married for now begins to lose shape then the problem begins” he preached.