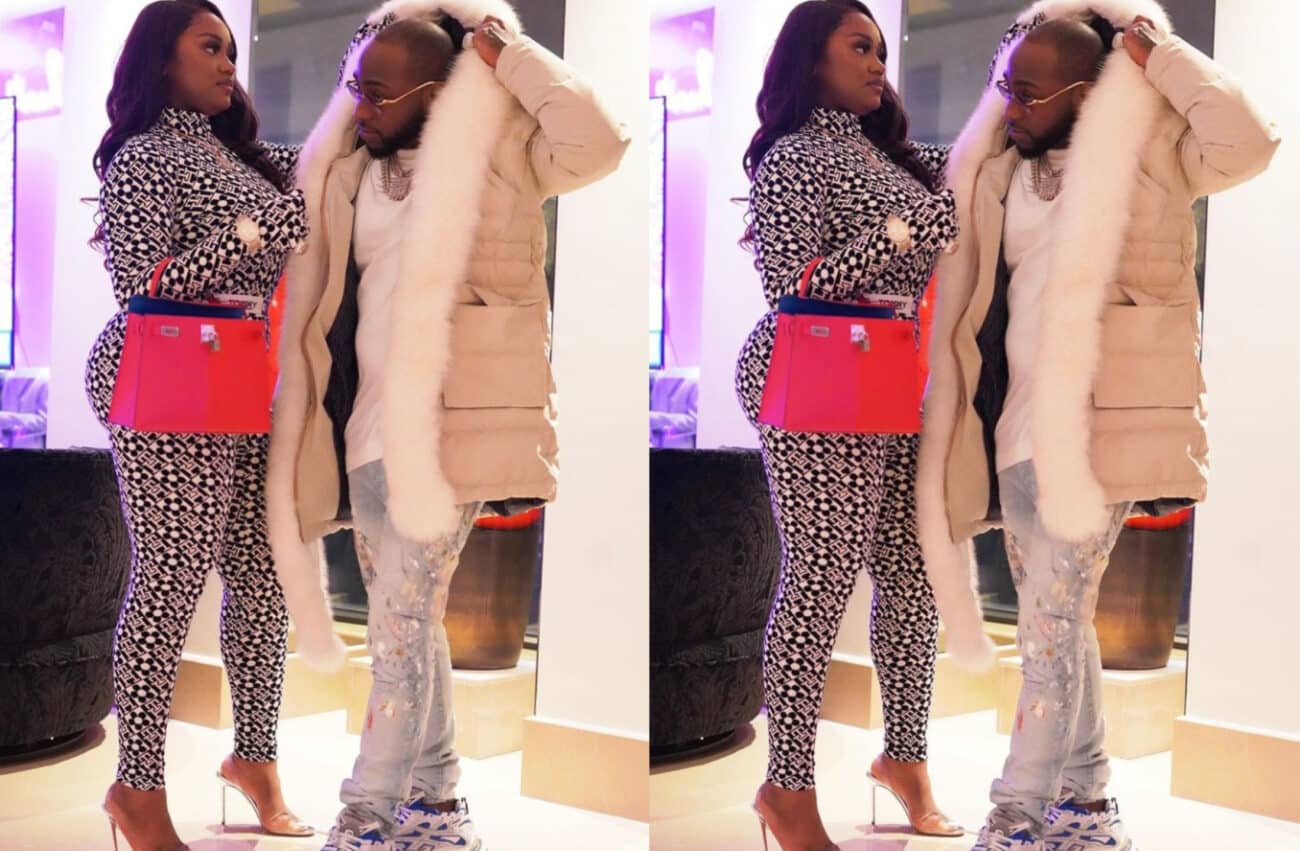 It was earlier speculated that singer, Davido had a secret wedding with his girlfriend Chioma Rowland.

According to reports which made rounds, the couple had their traditional wedding a week back.

Words on the street has it that the singer got married to Chioma because of Igbo’s tradition.

The Eastern tradition doesn’t permit Ifeanyi to be buried as an Adeleke as long as bride price hasn’t been paid.

Also, Davido’s dad wanted the lovebirds to be married, hence why the singer wedded her.

His father had to plead with Chioma and her family because Chioma was hesitant to stay with the singer.

Davido too had been restless and didn’t want Chioma to leave him.

Eventually, Chioma’s family agreed for the bride price to be paid.

The couple have been through a tough time together following the loss of their son, Ifeanyi Adeleke.

Gistlovers blog had alleged that the singer secretly got married to Chioma after their son’s death.

The traditional wedding which was done in his father’s house, had few family friends in attendance with no camera allowed.

According to the blog, Chioma’s bride price had been paid in full.

Recall that Davido had vowed to marry Chioma next year, but after the tragedy happened, the singer speedily wedded her.

The traditional wedding was held in November 6th, just to console Chioma and assure her that with or without their son, her place was assured in his heart and home.

Their registry is coming up sometimes next week, though, the couple are still mourning the lost of their son.

A source close to singer, Davido and Chioma, had revealed how broken Chioma is over her son’s death.

Ifeanyi, the son of the couple, died on October 31st as a result of drowning.

Since the death of their son, the lovebirds have gone out of the spotlight.

A source who spoke to blogger, Gistlover disclosed that the chef has lost so much weight.

According to the report, the Adelekes family were trying all they can to make sure she is fine.

Chioma is still trying to be fine and under serious watch.

The source further claimed that Chioma’s room was mysteriously burnt and the source of the fire was not known till date.

The Rowland family have decided that she remains out of the spotlight, so they don’t harm her further.

“Triplets are sure” Cubana Chief Priest prays for Davido and Chioma