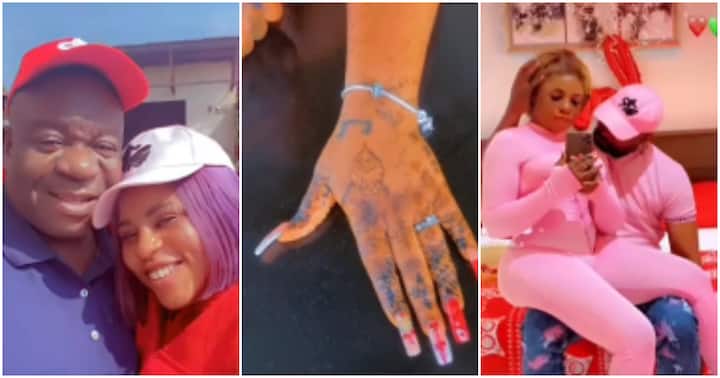 A video made the rounds on social media, showing that she has now found love.

According to the viral video, the actor’s daughter is getting set to wed a man, just two months after meeting him on TikTok.

It was explained in the short clip that the mystery man was her ‘TikTok gifter’ and they would be getting married later in February.

On a final note, Ibu’s daughter told her female fans that her man came all the way from America to Africa for the first time because of her.

According to her, a real man won’t waste a lady’s time.

See the romantic video below:

Read some of their reactions below:

“The last sentence a real man won’t waste your time e come be like say I no just know.”

“A real man won’t waste your time…e come be like say…I no serious with my life.”

“Who go come from USA come marry me bayi .”