Beautiful Moment: Mum Runs Like Usain Bolt, Hugs Son Who Flew into Nigeria to Surprise Her on 60th Birthday, It was a huge shock when a Nigerian mum turned and saw her son who lives abroad but who came back on her birthday. 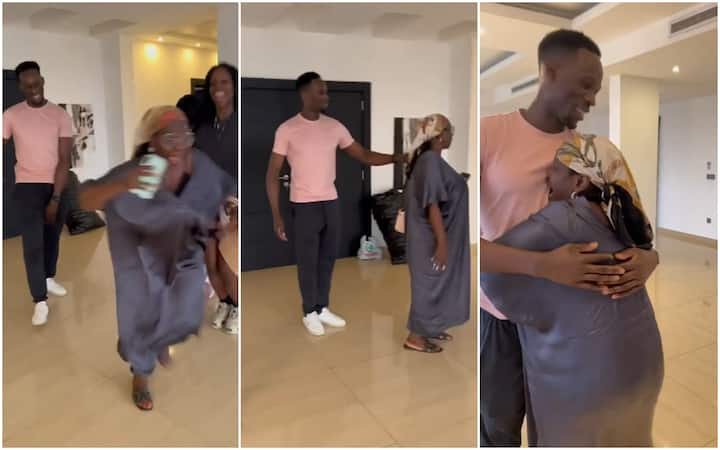 The woman was marking her 60th birthday anniversary and obviously never expected her son to be around for the event.

The son came through with a huge surprise

It wasn’t expected that the young man would be around. But it happened that the son had other plans, He planned and delivered a huge surprise to his mother.

As the birthday event progressed, the son walked in silently and then tapped mum from behind, sending her into a frenzy as she turned.

“My brother decided to fly from across the world to surprise my mother from for her 60th birthday. All my mother ever wanted on this day is for her 2 sets of twins (us ) to come together and to also give back to the community. Despite our busiest schedules and us living in various places of the world.. We’re all under the same roof once again just like old times.”

A post shared by Your Melanin Godmother 🇳🇬 (@kehinde_smith)

Many social media users are reacting to the video, with many saying it made their day. Here are some of the comments on the video when it was reposted by @mufasatundeednut:

“Mama looks so [email protected] good…Mama nails done but look at me.”

“The next agenda will be when are you getting married if he’s not.”

This will definitely be one of the best moment in her life, a very remarkable day

“Don’t just do “awwww” hustle. Na money they make all these things sweet.”

Man charged to court, but the judge reconises him as a good man, case dismissed