My Daughters Have Been Asking Why Their Mothers Are Different: Davido Reveals During Interview, Fans React, Nigerian famous singer Davido made some remarks about his lovely family during a recent interview with BBC. 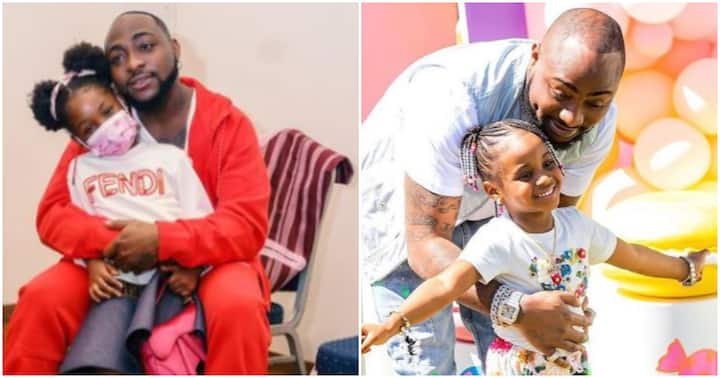 The Risky crooner said his two daughters, Imade and Hailey Adeleke have started asking him probing questions about their mothers.

According to the singer, his son, Ifeanyi, is still a baby but the other grown-up daughters have asked him why their mothers are not the same. He stated:

“My son is still a baby, my two daughters are old and they have been asking why are their mums different and stuff like that, why don’t we live with you.”

Watch Davido speak more about his career below:

Nigerians have reacted differently to Davido’s interview. Some noted that such questions will arise when one decides to impregnate different women.

“That’s why you need to marry #Chioma now.”

“Wahalana that imade go talk am.”

“Your dad is father abraham of our time.”

“They’re still kids, at the right time they will understand why.”

“Nah questions I Dey avoid be all these for life.”

“Thats what happens when you impregnate different women.”