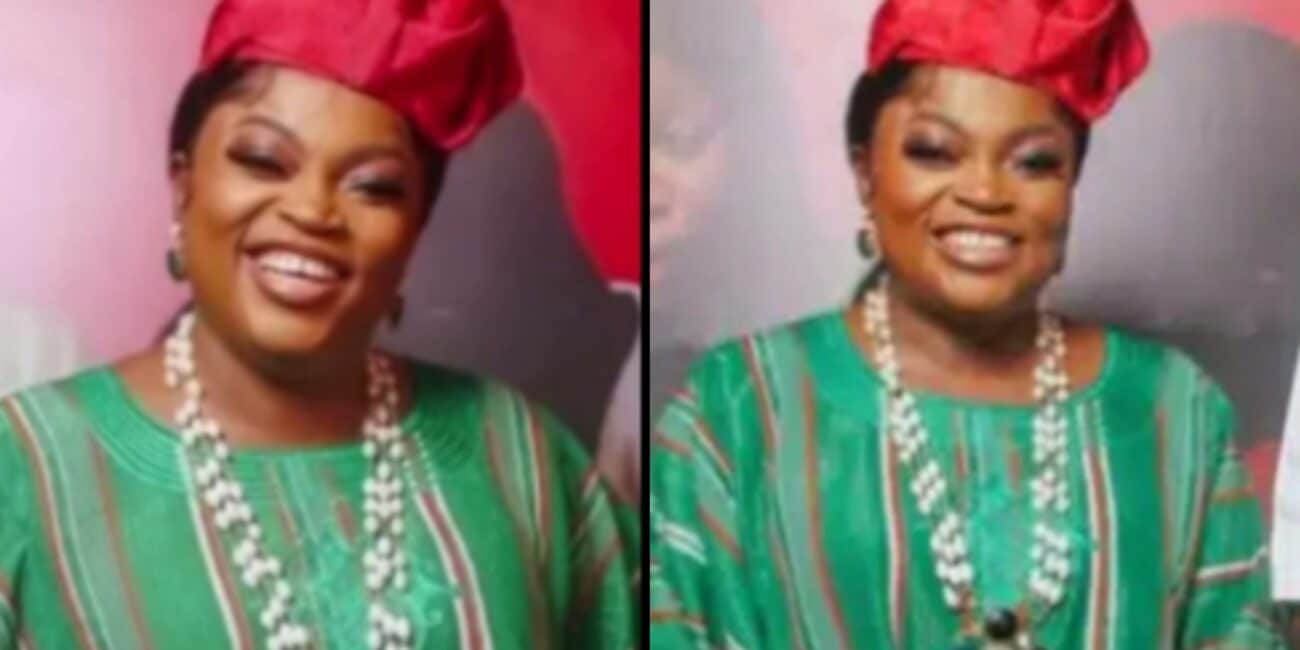 Actress and politician, Funke Akindele has doubled down on her plans to step away from Nollywood to focus on her political career.

Recall that in July, while confirming her PDP deputy governorship candidacy, Funke Akindele had disclosed that she was ready to pay the price of embracing politics which will temporarily hold her career in the Nollywood industry.

In an interview with Punch Deji Lambo, Funke Akindele revealed that her latest movie, Battle on Buka Streets, is her farewell project as she fully delves into politics.

The reason for stepping away from the movie industry isn’t far fetched, as Funke is contesting to be the next deputy governor of Lagos State.

According to her, she is passing the baton to the new ones, though, she would still be at the background to advise and supervise them.

How did you come about your new movie?

I am excited about my new movie titled ‘Battle on Buka Street.’ A young guy called Jack owns the original story. The guy is a newbie in the entertainment industry and the talents we showcased on ‘Battle on Buka Street’ are young and fresh. Nollywood should get ready for the new faces. Working with young people has really touched my life; so, anytime I hear that they have something new to work on, I quickly jump on it and support them.

Funke Akindele opens up on her new movie

Tell us about the movie

What is the cultural essence of the movie?

Ensuring that we bring everybody together; there is no segregation, nothing like discrimination, no tribalism. It is about just preaching the unity in Nigeria.

How involved are you in this project?

A great change has happened positively if you noticed. From being an actor, I also write, produce, direct and discover new faces. So, I have passed the baton of production to the young people because I have moved into politics now. ‘Battle on Buka Street’ is like a farewell because I am going to be the next deputy governor of Lagos State. So, I am passing the baton to the new ones because we need to give them an opportunity. Yes, I will be in the background to advise and supervise them, but let them be the face, let us celebrate them, are you not tired of seeing old faces?

Funke Akindele reveals the BTS of Battle on Buka Streets

Can you explain the process involved in shooting the movie?

It was tedious; I filmed ‘Battle on Buka Street’ when I was really down, emotionally I was down, and this was before politics. So, rather than sitting down crying, I had to braze up because a lot of young people are looking up to me in the entertainment industry as we do work together. So, I can’t just sit down; I just pushed past all the pain, and put the emotions into the project and today we see the big thing happening and I am excited about that.

What are the hard lessons learnt since you became a politician?

Nothing good comes easy; my mum has always told me that you have to work hard, pray harder and you learn patience to get to the top. So, moving into politics, yes there are a lot of backlashes, a lot of no, but don’t forget, I got a lot of no before I got here today. Everybody can’t support you, and if they do so, that means you are not doing something good. So, you must get people to criticise you constructively; you pick the constructive ones and be better with it. I have learnt to be better, calmer, more dedicated and not to give up.