My oga no dey wear fake: Isreal brags as he flaunts Davido’s jewellery in video

Isreal DMW Loses His Cool as He Handles Chest Containing Davido’s Jewellery Pieces Worth Hundreds of Millions, Singer Davido’s aide, Isreal DMW, has a way of entertaining social media users and he just did it again with a fresh video post. 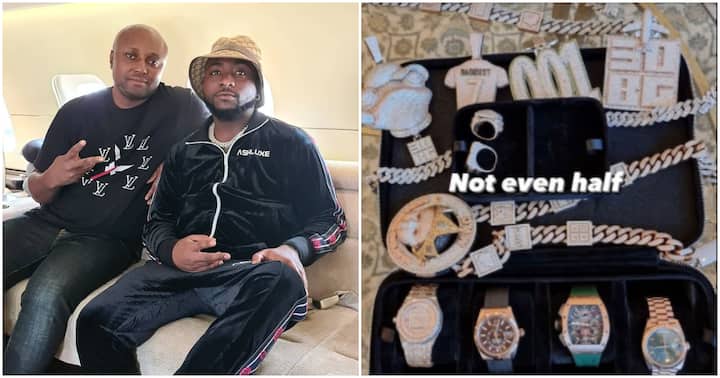 Shortly after Davido shared a picture of his jewellery box and called out for an expert cleaner in Dubai where they are currently spending time, Isreal posted his version.

An overhyped Isreal rained accolades on Davido as he stared in admiration at several pieces of jewellery worth hundreds of millions.

Isreal equally told naysayers off while making it clear that his boss only spends on real diamond pieces and not the fake ones people parade on social media.

Watch the video as seen online below:

“I love this man , he understands what loyalty means and it’s paying him.”

“I seriously like the way he hypes his oga .”

“You just have to love Israel and his Oga..”

“OBO can never use fake diamonds unlike their faves I no call anybody name ooo,you come for me,Benin witches will come for you this night.”