A young father has refused to allow his daughter to eat from his plate of food as he slapped the baby’s hand away. 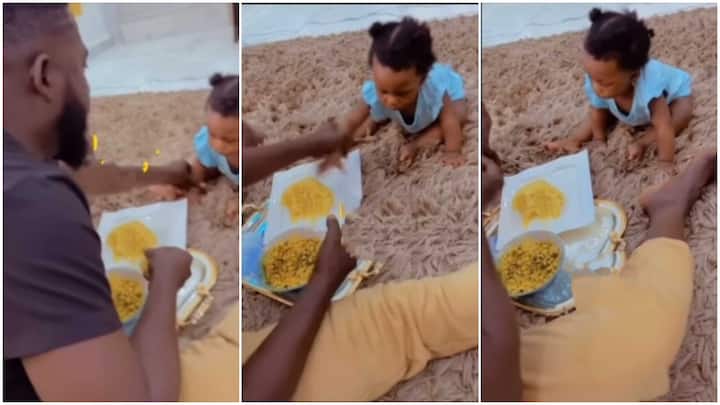 He said that he is the one working for the money in the house and not the kid. In the video shared by @instablog9ja, the man was heard saying that he spends more than N30,000 on baby food.

I work for the money, not you

As he tried getting the hand of the baby out of the meal, the kid kept putting it back as she did not understand anything her father was saying.

At the time of writing this report, the video has gathered over 4,000 comments and thousands of likes.

She wears a pant for 3 days: Nkechi Blessing’s ex-boo says in video, she reacts