Na Mercy Aigbe Cause The See Finish for Una: Funny Reactions As Fan Trolls Iyabo Ojo About Snatching MC Oluomo, It was not a joyful exchange between Nollywood actress, Iyabo Ojo, and one of her followers on Instagram. 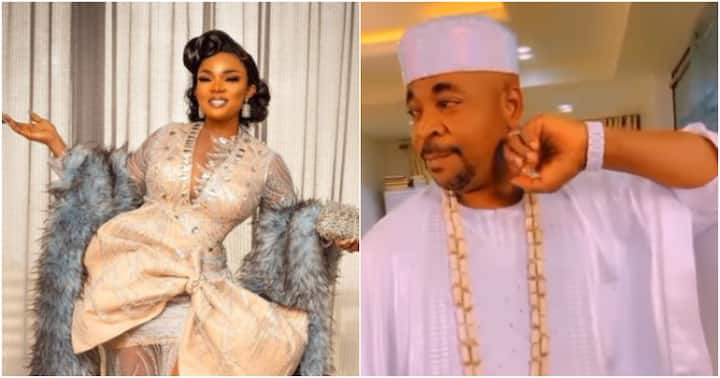 The actress sent former Lagos state chairman of the National Union of Road Transport Workers (NURTW) MC Oluomo a heartfelt birthday message and the fan took it out of proportion.

“Happy birthday king @kinmcoluomo you are such a kind soul, ever supportive, ever kind, may you always win and may you continue to be great in all aread of you life.”

The fan took to her comment section to ask a controversial question about not becoming the owner of the former NURTW boss:

“Hope tomorrow you won’t claim to be the owner, and ignore his wife sha. Just asking for a friend.”

The question didn’t go down well with Iyabo and she gave a no joy reply:

“You are simply mad spiritual.”

Check out the exchange below:

Nigerians react to the hilarious exchange

Social media users have reacted differently to the funny exchange between the actress and her fan.

“What has spirituality got to do with that valid question the reply no enter jor.”

“Everybody na MARIA na who dem catch be MERCY eyeBAE.”

“Na Mercy cause all this see finish for una.”

“Some people with their audacity.”

“Yoruba actresses can collect anyone if Buhari crayfish waka then go collect him.”

“Very necessary because them Yoruba actress be wilding.”