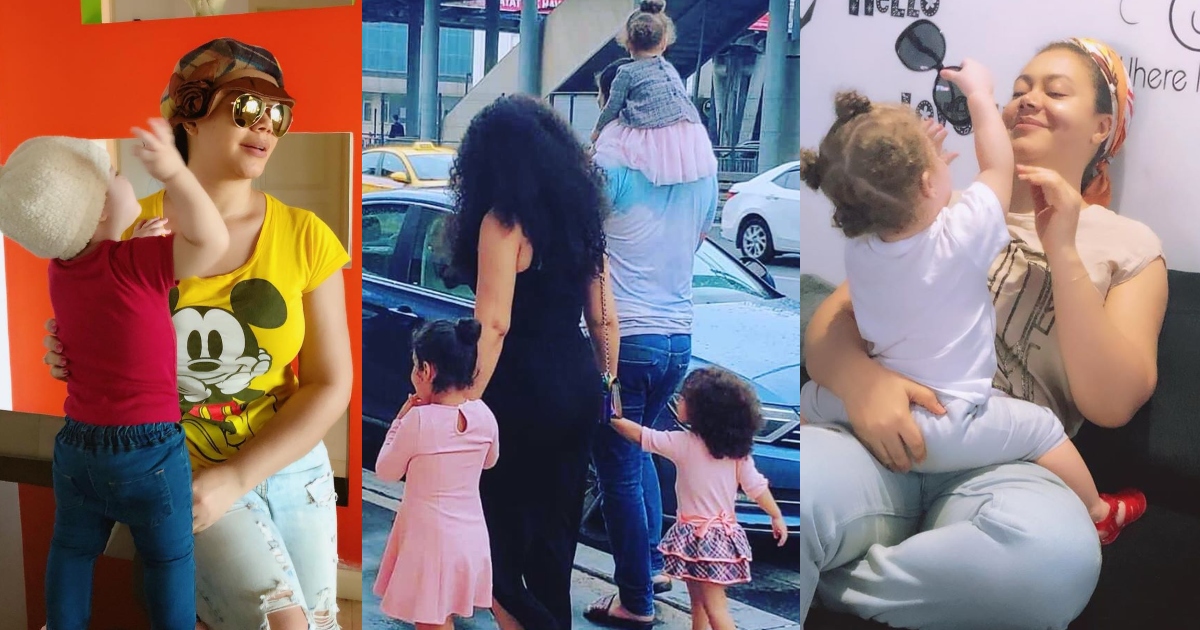 The photo shared on her Instagram page shows Nadia in a fixated gaze at her daughter who stood in front of her.

The actress held her pretty-looking daughter with two hands as looked keenly into each other’s faces.

Nadia Buari’s photo with her daughter has drawn mixed reactions from her fans. While some praised the mother and daughter, others reacted to Nadia’s caption. And there were some who wanted to see the child’s face.

“They should be paying rent because stay at the house more than the owner.”

“So ethereal, this lot. Hold on, are you angels or what?❤️.”

“So beautiful So sweet smile have a sweet smile.” yvonnahnyango said: “Aww that is sweet and pure love ..sending love to you guys❤️❤️❤️.”

Man takes over wedding with sweet dance, everyone stops to watch him in video