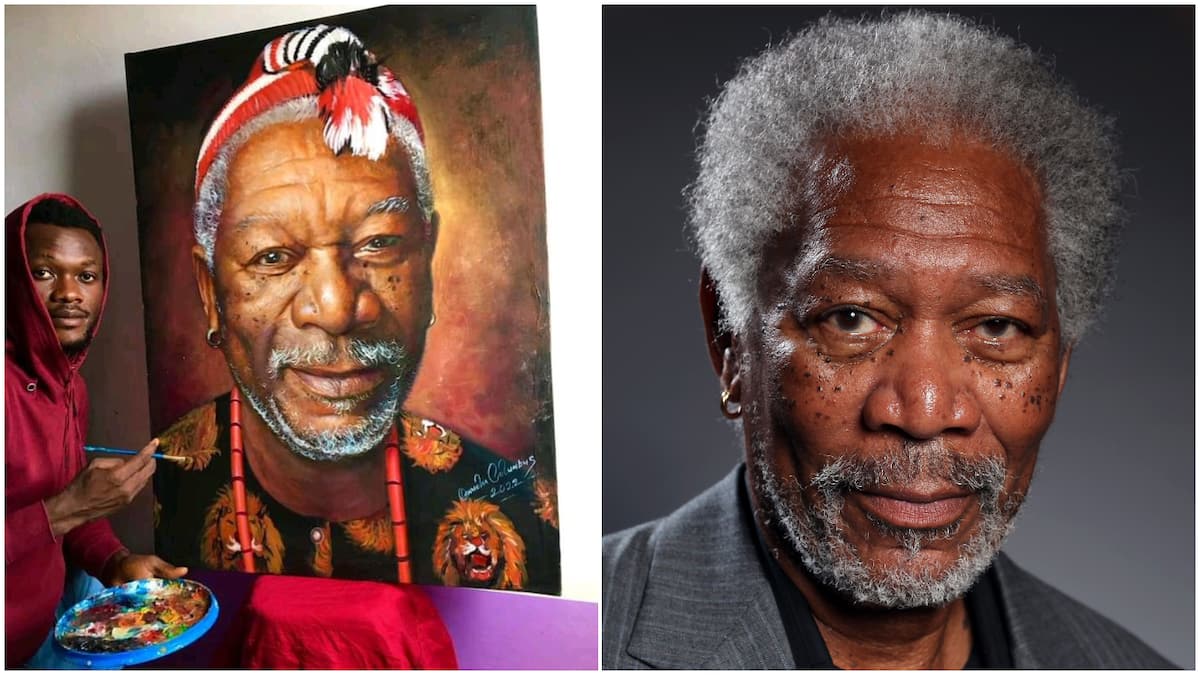 What really got many people talking was that he wore the actor a traditional Igbo cloth known as isi agu to make him look like a Nigerian man. 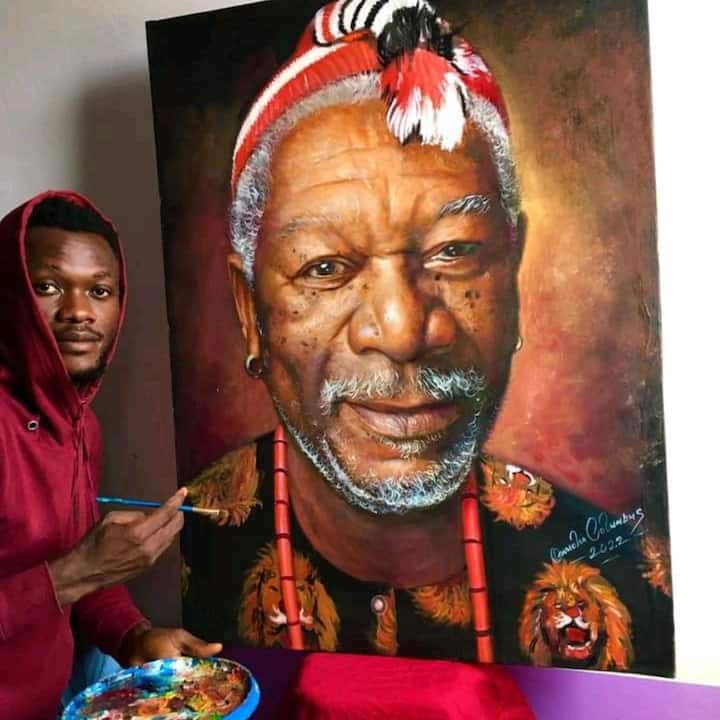 In the painting, the actor also has a red beaded necklace and cap to complete his looks. Many people went ahead and christened Morgan different Igbo names on Twitter as they tagged his account.

I found this art by Onuoha Columbus on Facebook. pic.twitter.com/wcJ97eZnFz

At the time of writing this report, the tweet has gathered over 19,000 retweets with more than 250 quoted replies.

“No be Morgan freeman be dat.”

“The detailing is out of this world.”

“Wow! This is so beautiful! @morgan_freeman just crossed the Niger.”

“Very well detailed. He even got his earrings on and still looks like ichie.”

“Awesome work of arts, keep up the good work. Your creativity shall speak for you in high places.”