Adewunmi Rasaq Babatunde, a Nigerian photographer has pocketed the sum of N740k after three of his photographs were sold as NFTs. 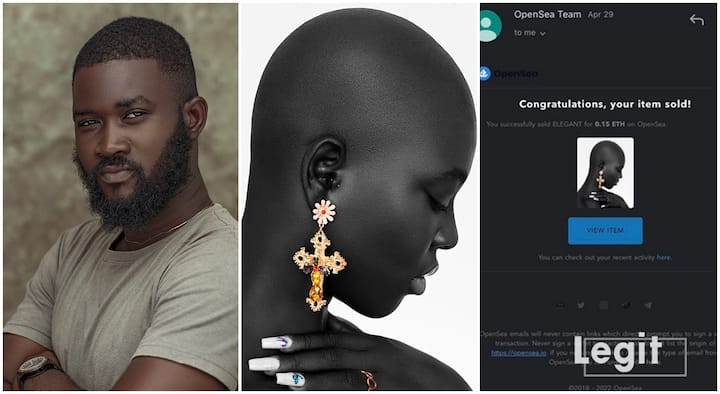 The photos were sold at OpenSea at the price of 0.15 ETH each. The money was later converted to Naira and it amounted to N740k.

How he made the NFTs sale

But it was not easy before Adewunmi was able to make his first sale at OpenSea. He said it took him at least four months of waiting and consistency before the breakthrough.

in an exclusive chat:

“It’s quite hard and it’s mentally draining because it took me four months before my first sales. As well as hustling for visibility on Twitter which is a form of a marketplace, helping other artists retweet their works to be seen by collectors because they did the same for me. (Making friends in general because that’s what the community should be about) joining spaces to talk about my works and how they were all brought to existence. Also, My Metamask wallet got compromised twice and I felt like giving up but nothing comes easy.

“So I would say continuity brought this, this isn’t just a solo winning for me, it’s a sign that the community is here for artists and artists are the new celebrities. It’s our time and we should continue supporting ourselves.”

Marrying a Wrong Man Will Break You: Ruth Kadiri Advises Women About Their Choice of Partners, Nigerians React