Debate Takes Over Twitter As Nigerians Argue About Resemblance of Davido’s Late Mum With Chioma and His Kids, Davido’s mum, Veronica Adeleke was a beautiful woman when she was alive and everytime her throwback photos hit the internet, it sparks reactions. 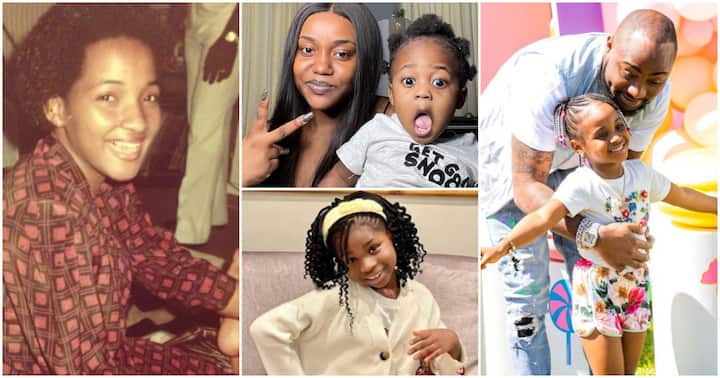 A debate has started on Twitter over the resemblance the singer’s late mum shares with his third baby mama Chioma and his kids.

While some people agreed with the Chioma resemblance, there were reservations about the kids.

This is DAVIDO'S mum🖤👑 pic.twitter.com/Bq8PwCawDG

Someone replied the tweet, stating how much Imade looks like Davido’s mum and the debate picked up from there.

“I don’t think any of his kids look like her sha.”

“Is it just me or she kinda looks like chioma?”

“Edo woman are just too fine. Continue to rest in peace ma. Your children are making the nation proud.”

“I actually think chioma is who she looks like. Especially the smile.”

“Why does she have same smile as Chioma?”

He don grow finish: Fans gush over heartwarming photos of Ifeanyi and Chioma