Nkechi Blessing reacts to alleged claims of DJ Cuppy’s fiance, cheated on her before their engagement 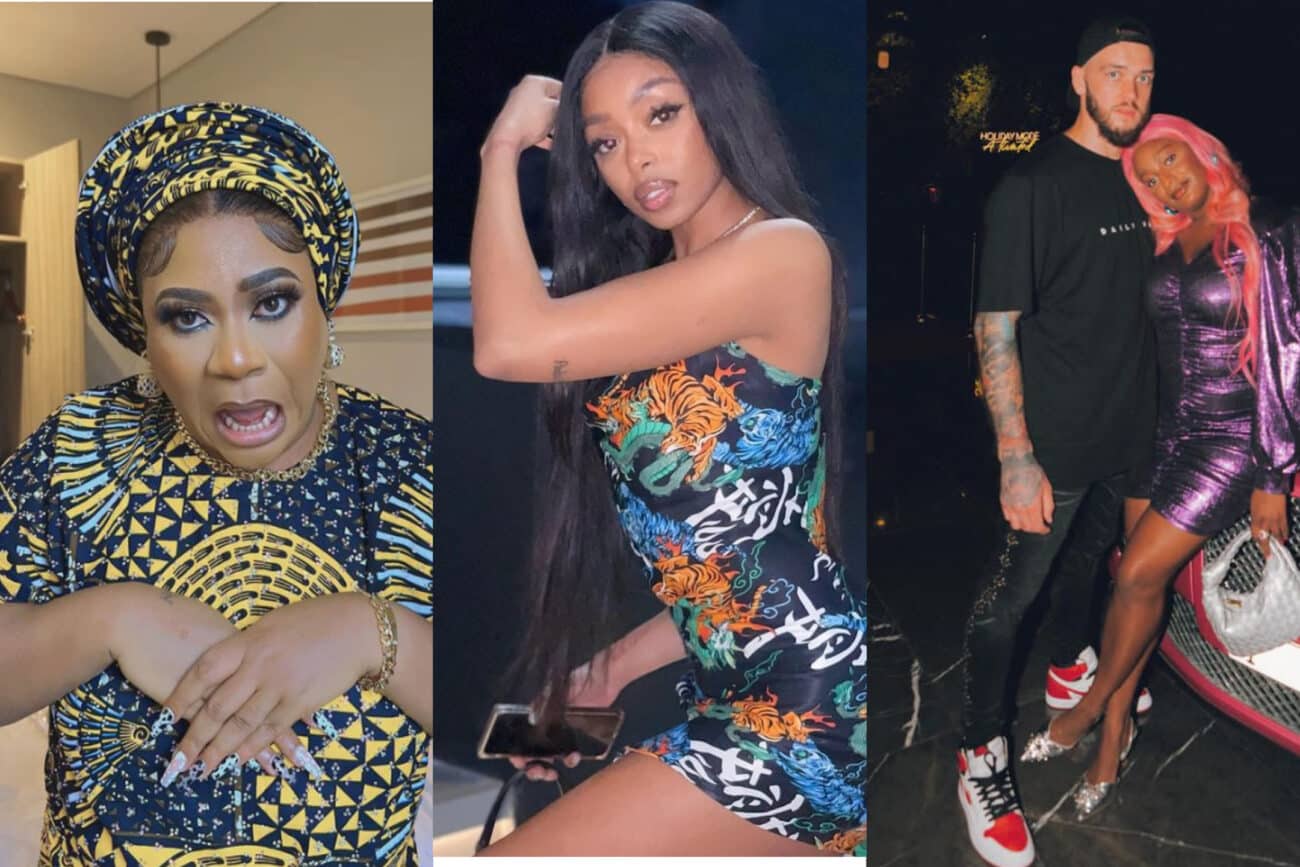 Controversial actress, Nkechi Blessing Sunday has reacted with outrage to the alleged claims that DJ Cuppy’s fiance, Ryan Taylor cheated on her before their engagement.

KFN reported hours ago that the association of online inlaws have dug up videos of DJ Cuppy’s fiance, Ryan Taylor being involved with another woman, weeks before their engagement.

According to the videos on social media, Taylor was spotted with UK influencer, Fiona Michelle, shortly before the news of his engagement to DJ Cuppy.

Fiona had posted a TikTok video in November with a mystery man whose tattoos matched that of Taylor.

Nkechi Blessing goes off on Nigerians over DJ Cuppy’s relationship

Nkechi Blessing Sunday who has been involved in a series of scandalous relationships has thrown her weight in support of the billionaire’s daughter Florence Otedola better known as DJ Cuppy over the drama surrounding her relationship.

According to Nkechi Blessing, in Nigeria, happiness gives a lot of people a headache. She noted that nobody dug out issues about Cuppy when she was single. However, immediately Nigerians noted that she has gained love and happiness, and they began to dig their graves.

Lamenting, Nkechi Blessing asked who turned Nigerians into unhappy lots. she added that what has happened is a sign of pure witchcraft.

Welcome to Nigeria where your happiness gives a lot of people headache…when Cuppy was single nobody bothered to dig into her single life to know why she’s single, small happiness una don dey dug una grave… who do una this thing ehh Nigerians? pure witchcraft!!!

DJ Cuppy reacts to alleged claims of fiance, cheating on her before their engagement

KFN reported that DJ Cuppy reacted to the speculations that her fiance, Ryan Taylor cheated on her before proposing to her.

Taking to her Instagram story, DJ Cuppy who is unbothered and unruffled with the rumours, shared a loved-up photo with her man.

The daughter of Otedola is not allowing the rumours ruin her new happiness.

This scandal is coming days after Cuppy revealed that her man is obsessed with her.

Dishing out relationship advice, she advised Nigerian ladies to get a man that is obsessed with them.

Cuppy made this relationship remark as she shared a loved-up video of with her fiance, Ryan Taylor.

She captioned the loved-up video with, “Get you a man that is OBSESSED with you”.

Mercy Johnson and husband, celebrate daughter, Angel as she clocks 7

Mary Remmy Njoku celebrates her husband, Jason on his birthday