List: Soludo Makes 1st Appointments as Anambra Governor, Awka, Anambra state – Shortly after his inauguration as the sixth governor of Anambra state, Professor Charles Soludo has hit the ground running as he announced the appointment of three persons into his administration. 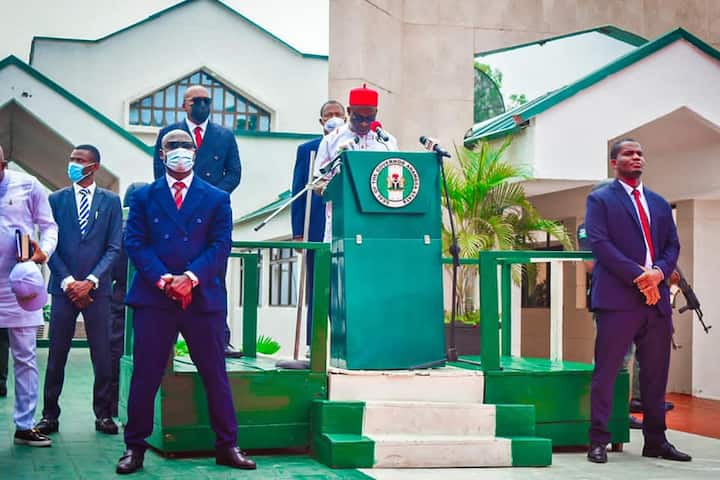 The statement containing the new appointments was released by Joe Anatune, on Thursday, March 17, in Awka, PM News reported.

Below are the three appointments according to the statement:

Meanwhile, Governor Soludo had earlier promised to deliver on his electoral promises.

“Our detailed plan rests on five key pillars: law and order (homeland peace and security); economic transformation as Nigeria’s next axis of industrial-tech and leisure; competitive and progressive social agenda (education, health, youth, women and vulnerable groups); Governance, rule of law and a rebirth of our value system; and aggressively tackling our existential threat posed by the environment—towards a clean, green, planned and sustainable cities, communities, and markets.

“For me, this agenda is also personal: I am here to build a society where I would be proud to live in after leaving office.”