Nollywood Actor Jamiu Azeez reveals the reason why he is single, A k*ss from an overly enthusiastic fan The event occurred when the lady asked to take a picture with him, according to Jamiu Azeez. “A fan once asked for a picture,” he explained. However, after the first shot, she suggested that we kiss like lovers for the second. But I kindly declined. She was in such a foul mood because she had finally met her long-time crush, and it had been her dream to have her lips touch mine.” 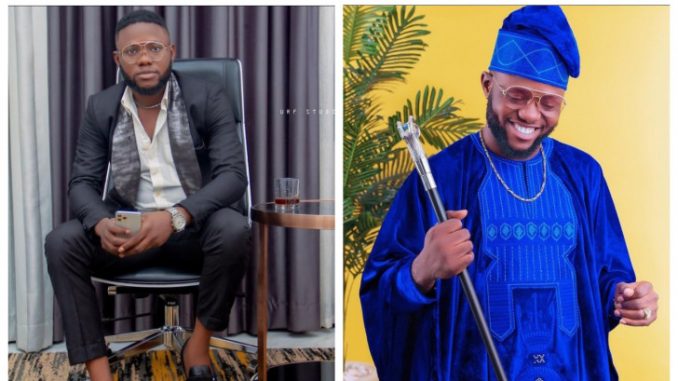 “Nothing prompted me to go into acting,” Azeez stated when asked how he got started in the industry. I never thought I’d be able to act. It just feels like it’s what I’m meant to do. I recall being fortunate enough to obtain Jide Kosoko’s phone number at the time. I dialed his number in a fit of elation. He inquired what he could do for me after I introduced myself. I took a few moments to think before telling him that I wanted to be an actor. That was the start of my career in the film industry.”

As an actor, the actor also stated that he had no anxieties. “I’m not afraid of being an actor.” Failure, on the other hand, is my greatest fear. I’m also afraid of marrying the wrong woman as a young and unmarried actor.”

“I feel that women are more successful, even outside the movie industry,” he stated when asked about the perception that women were more successful in Nollywood than men. Women are thought to be the salt of the earth, thus I feel they inherently attract prosperity. Women are easy to favor wherever they go because of the way God made them.”

Man who has Been Wearing Everything Yellow for 40 Years Surfaces, Shows off His Colourful House in Video