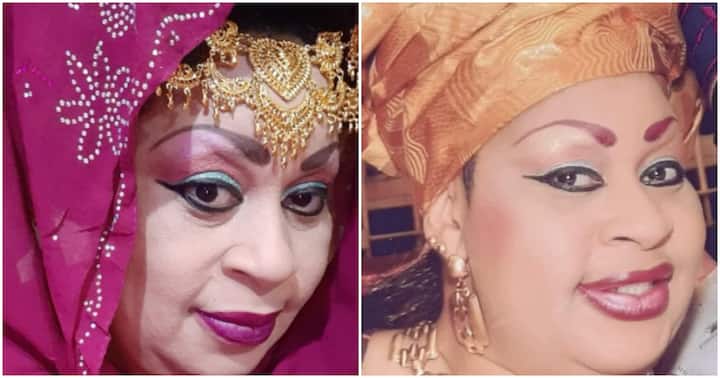 Shade reportedly passed away in the United Kingdom on Sunday, February 27, at the age of 59 as announced by her family members.

The light-skinned Oluweri was well known for her dramatic style of makeup, especially her curvy brows. The cause of death was not announced by her family members who broke the sad news.

“Shade AKINTAYLOR Lives On. OLUWERI MAGBO OJO. ADIEU. The Akintaylor & Ajibola Family announces the passage of our Sister. She Left Us Quietly and Peacefully Last Night in UK. Sleep On, Our Angel , Until We Part No More. Our Sister would have clocked 60 years in October.”

“I remember her, she acted in most of Bayowa movies back in the days, very beautiful woman. RIP”

“This woman, na she and baba suwe used to act then. Rest on mama “

“Ohhhhhh my. I remember her,may her soul rest in peace “

“The woman wey be fish nah, queen mother of films that year , R.I.P.”

“Oluweri magbo ojo in Bayowa films international . May her soul rest in Peace.”