Sho Madjozi Announces Fiery Return After Spending Some Time Away From Social Media: “I’m Not Pregnant”, The theories Mzansi’s been cooking up on the possible whereabouts of Sho Madjozi can finally be done away with as the star announced a sensational comeback to social media on Wednesday. 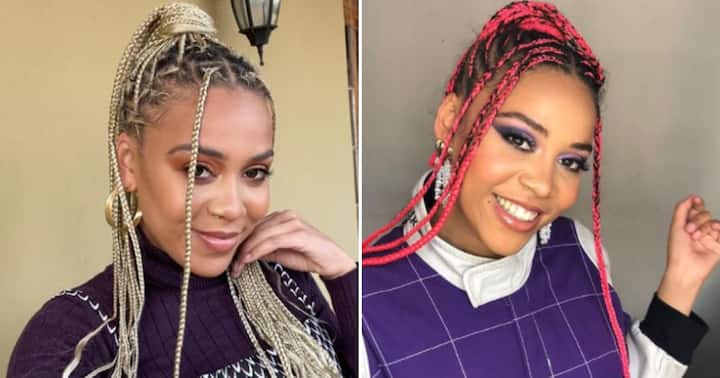 The colourful rapper’s noticeable absence on the timeline had her fans chitter-chattering as some online sleuths tried to make sense of her ghostly disappearance.

But they weren’t the only ones who wondered as SA’s very own “Mr Fix”, Minister of Transport Fikile Mbalula, interjected a conversation about the Dumi HiPhone hitmaker’s relative silence two weeks ago, TimesLIVE reported.

His best attempts to be relevant, saying she “disappeared with that talent, gone”, were quickly brushed aside as tweeps dragged him over the state of the country’s road and railway infrastructure. In marking her comeback, Madjozi made sure to put the message that she was not pregnant across.

Her declaration comes on the back of Blood and Water actress Natasha Thahane’s pregnancy announcement, among a host of other local celeb faves. She penned a chunky message explaining that she, in recent times, had experienced some difficulties in her personal life, The Citizen reported.

“Firstly, I’m not pregnant. Let’s start there. Thank you to all who’ve been checking up on me. I was dealing with some hurt and confusion, finding that two people on my team had been trying to steal.

“This led to me discovering all sorts of dodgy things they’d been doing to block off my opportunities,” the muso wrote in part.

She said she was now under a new management team and even fresh music nearing completion. Madjozi added she is almost ready to release visuals for a new song where she is featured.

There was a resounding response to her posts following her online hiatus. In most cases, tweeps trolled her, with some stating they did not believe her claims of not being pregnant.

brings readers all the reactions to Madjozi’s tweets below.

“Yes, it’s Nathasha who is pregnant. No one said it’s you.”

So you decided to take a mirror selfie with John Cena… pic.twitter.com/ImaqFzYC0q

“Is this shade thrown? Or are you just telling us that you’re not being piped down?”

I thought ppl stopped listening to your loud music.

I am glad you are making a come back pic.twitter.com/OpULgV2aGB

Davido’s daughter Imade argues with mom, packs her bags to run away from home

“Forgot to log out”: Saffas spill the tea on why their last relationships ended