Justin Ellen was finding it hard balancing school and baking at the age of 17. He was wondering if he should pursue baking full-time, or go to the university to further his education. 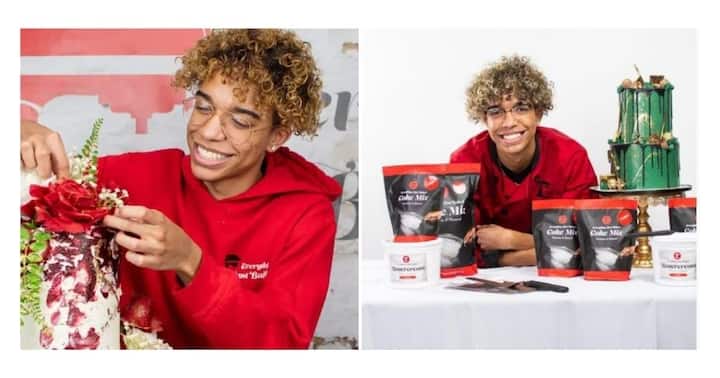 He was the young youngest contestant on Netflix’s popular basking show and was making custom cakes from home as a side business and going to school at the same time.

He was making at least N2 million a month but he was comparing himself with his mates.

According to the young Ellen, what bothered him was seeing his friend applying for the university.

However, the young baker stuck to his guns, saying that everyone has their own destiny.

According to CNBC, after two years, the now fully-fledged entrepreneur and owner of cake business, Everything Just Baked is making more than N41 million every year and he is not looking back.

I March this year, he appeared for the first time on Netflix’s ‘Is It Cake?” – a baking competition where cake makers create edible images of every object, like bowling pins and sewing machines.

The show began on March 18 and was on the top 10 most-watched list in the US for four weeks. The show got more than 100 million hours of views from across the globe.

Ellen told CNBC that hard work and wise counsel from loved ones helped a lot.

Social media to the rescue

He said at first, his social media was not great, not great photos, they were blurry. But as he kept on going on, he found out they have to be very clean.

According to him, he was shy in the beginning because it was just awkward for him… but the more you do it, it’s like, oh well and honestly no one cares if your hair’s a little frizzy today, he shared.

You Have Bought the Biggest Bad Market: Tonto Dikeh Reacts to Kemi Olunloyo’s Substance Use Claims