O2 Arena show: Davido flies in US rapper, his jeweller to UK in his private jet

Davido sent his private jet to fly in rapper Yung Bleu and his jeweler from US to UK for his O2 Arena concert, Ace Nigerians singer, David Adeleke better known as Davido is gearing up for his high-profile concert at the popular London O2 Arena. 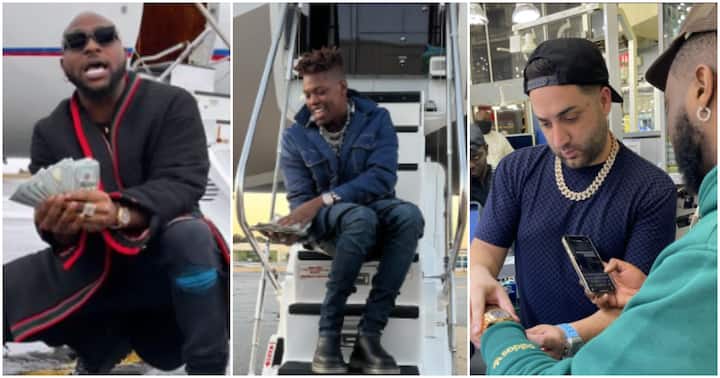 The DMW boss sent his private jet to pick some of his friends who are billed to perform and the concert from their base in America down to London.

The jet picked Davido’s jeweler, BennyDaJeweler, and American rapper Yung Bleu from their base in the US, and they shared moments inside it on their social media handles.

Yung Bleu expressed his excitement as he touched down London, according to him:

“Private jet to London still working on my European accent lol when your brother fly u out @davido ✈️.”

Nigerians have reacted differently to Davido using his private jet to pick his friends from the US ahead of his show.

“This kind of life I want.”

“Them for fly James brown too but e Dey cap.”

“David just dey him own lane, no competition #TheBiggest.”

“If na my fave, nobody go announce am.”