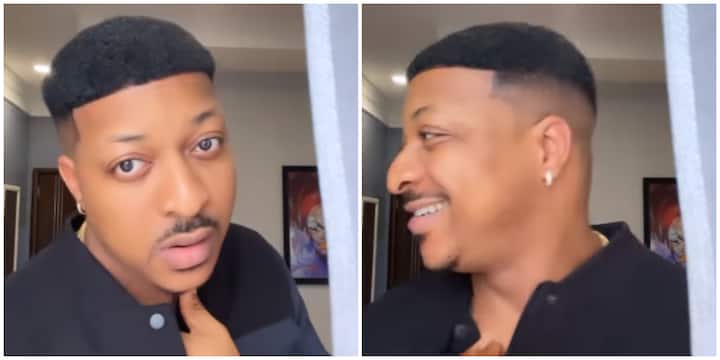 Just recently, he took to social media to share a video of himself

In the video, the actor is seen attempting to show off what appears to be a dimple.

However, while many of his fans were mesmerized by his good looks, it appears not everyone is over the fact that he sports a wig.

Recall in 2020, the actor switched up his look when he debuted the new punk style.

“If handsome was a person.”

“You and this Your Fake Hair Sha!”