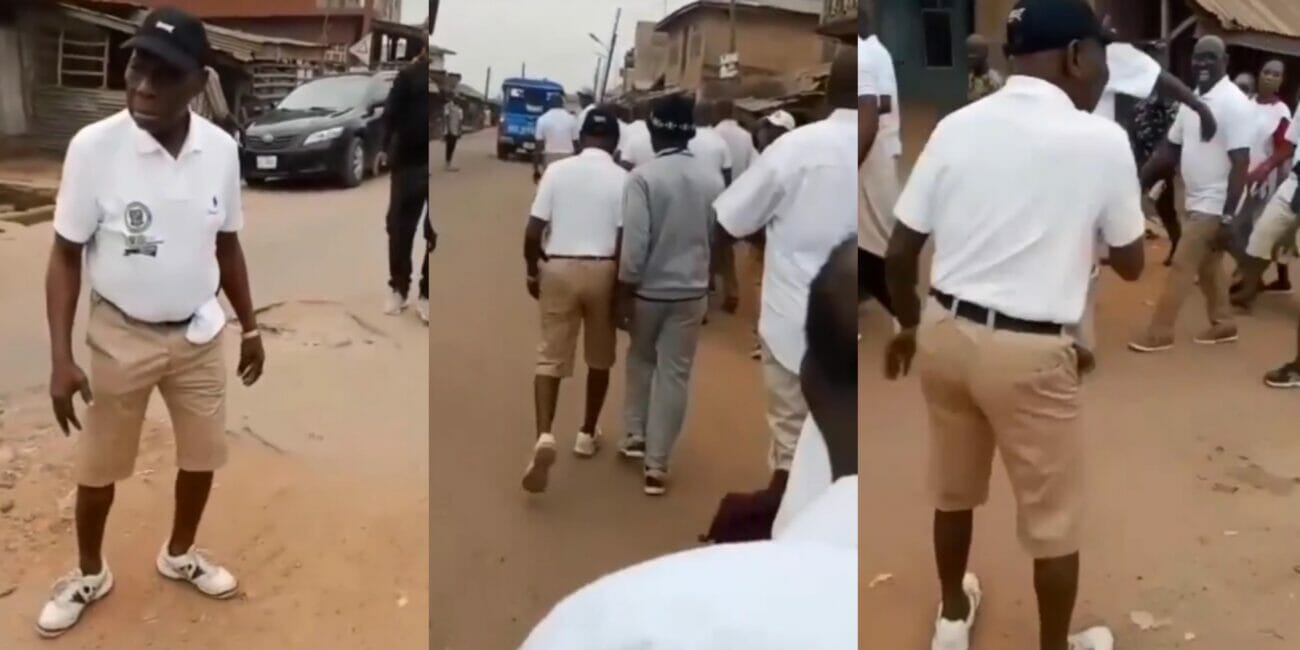 Former President of Nigeria, Olusegun Obasanjo was quite the energetic senior prefect at his Alma mater’s centenary anniversary.

On Monday, January 16th, Obasanjo and many alumni of Baptist Boys High School, Abeokuta stormed the school for it’s anniversary.

In a video going viral, the former president, who is still agile despite his age, was seen commanding his school mates as they embarked on a road walk.

The former president could be heard ordering them to form a line. Obasanjo said, “Form three lines”.

The video has seen melted the hearts of many, who praised his agility and sense of humor.

This isn’t the first time, Obasanjo has proven hos agile he is.

Obasanjo shows off his agility by jumping from a high podium

Weeks back, Obasanjo had stirred the internet as a video of him jumping from a high podium made rounds.

The two-term president had proven yet again his strength and agility as he jumped down from a high podium at a White Christmas Festival.

The video which had gone viral had won the admiration of many as many sang his praises.

Despite being aged, the former president still remains agile.

Obasanjo forces his grandson to prostrate

Recall that a viral video of Obasanjo, had stirred the internet with mixed reactions as many tried to compare him with Tinubu.

A video that found its way to the internet captured Obasanjo forcing his young grandson to prostrate properly according to the evergreen Yoruba culture.

The video captured the young boy struggling against his grandfather’s pressure of making him prostrate while the former president achieved his aims.

Nigerians who reacted to the video praised Olusegun Obasanjo’s actions for trying to instil the Yoruba culture in his grandson.

Netizens also noticed the strength and energy utilized by the former president to make his unwilling grandson prostrate.