Queen Silekunola Naomi, the estranged wife of the Ooni of Ife has gone all out for their son’s birthday.

KFN reported that Prince Tadenikawo, the only son of the Ooni, Oba Adeyeye Ogunwusi and his ex-wife, Queen Naomi turned 2 on Friday, November 18th. 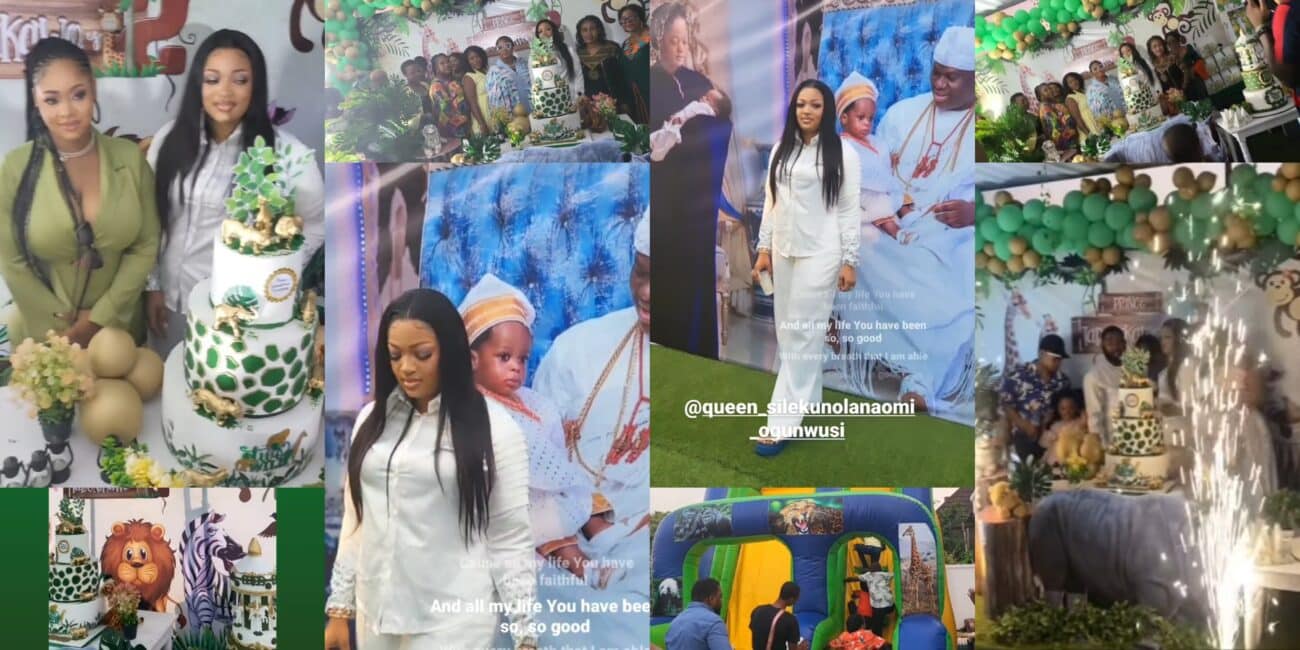 To celebrate his day, his mother, Queen Naomi shutdown Akure as she hosted a lavish party for him.

The young heir was treated to a Jungle Safari themed party, which was similar to actress, Rosy Meurer’s son’s birthday party.

Prior to her son’s birthday, Queen Naomi had received warnings from some Nigerians.

Some fans had warned the Queen against publicizing it on social media.

The warning followed the countdown on celebrity stylist CEO Luminee’s Instagram page in honor of the celebrant’s second-year birthday.

FEW HRS TO GO……Congratulations as you CELEBRATE another year of Our Great PRINCE” CEO Luminee had publicized.

In a swift reaction, several of her followers began issuing warnings, as some claimed there are “many evil eyes on social media”.

Last year, Queen Naomi and Ooni of Ife had celebrated their son’s first birthday together.

Unveiling their son’s face, the monarch’s wife shared cute photos to mark the birthday revealing his name as Eri-EfeOluwasimi.

Olori Naomi obviously couldn’t express how excited she was about her baby as she shared a beautiful rendition titled ‘I have Joy like a river’.

Mike Ezurounye, Nuella Njubigbo, and more pray for Frederick Leonard and Peggy Ovire as they wed

‘This is the bodyguard who died together with DJ Sumbody. See pictures