Popular Nigerian singer, Portable, has made the news again over his act of generosity to a young fan who praised him. 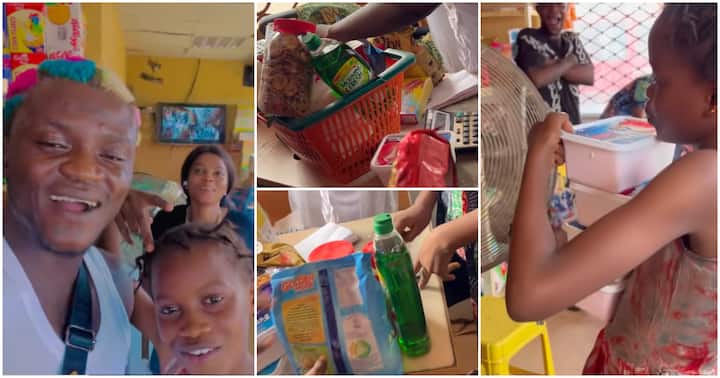 In a video posted on the music star’s official page, the young girl was seen singing his praises and calling him several honorary names.

After the little girl was done, the singer who was also at the supermarket with his pregnant partner told her to also pick as many things as she wanted.

Portable told the young girl to ‘go and carry what you want’. She then returned with a pack of cookies and the singer told her to carry more things.

The singer encouraged the little girl by telling her things to take such as provisions, ice-cream and more. He also promised to give her money even after shopping for her.

The girl made to pick a small tub of ice-cream and Portable told her to carry four big ones instead. The Zazu crooner even told the young girl to carry a pack of books, spaghetti and more items. After the girl protested that her hands were full, the singer told her to still take more things and even use her neck to hold them.