Pete Edochie at 75: Actress Joke Silva Reacts to Actor’s Controversial Statement on Feminism, Legendary Nollywood actor, Pete Edochie, turned the ripe age of 75 on March 7, 2022, and his friends and colleagues celebrated him in a special way. 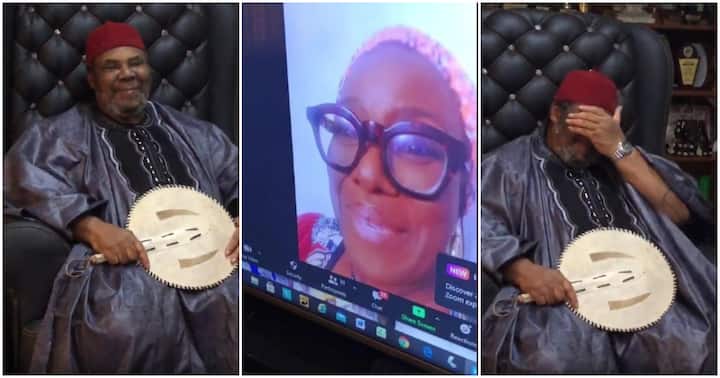 A-Zoom meeting was also organized for people to celebrate with the film star virtually and it hosted series of top stars such as Kanayo O. Kanayo and Joke Silva.

Veteran actress, Joke Silva, used the opportunity to not only praise the iconic actor, but to also address a controversial statement he had made about feminism in the past.

After the pleasantries, the Nollywood actress recounted how Pete Edochie had said in the past that feminism is the cause of violence in the home.

Silva noted that such statement makes one wonder if he grew up with abusive parents or if he was also an abusive person.

According to Joke Silva, she believes Pete Edochie’s statement is one that a lot of men hold but do not have the courage to say.

The actress then went ahead to explain what feminism as well as gender based violence is.

Fans took to Pete Edochie’s comment section to continue to send their well-wishes for his birthday. Read some of them below:

“There is only one Sir Pete. It’s been a joy seeing you age gracefully. You have been on the screen for decades. Rarely do we see someone like you in a lifetime and I’m happy to have seen you. May God bless and keep keeping you as you age gracefully Sir. Happy birthday Sir Pete Edochie#NollywoodLegend.”

“Happy birthday Daddy I pray that one day I will meet with you in good health, I really and always pray and wish to meet with you, And I know the Lord will grant my heart desire Iseeee Long life Daddy I love you so much♥️♥️♥️♥️♥️.”

“This is so beautiful, acknowledgement for each other we all need this❤️.”