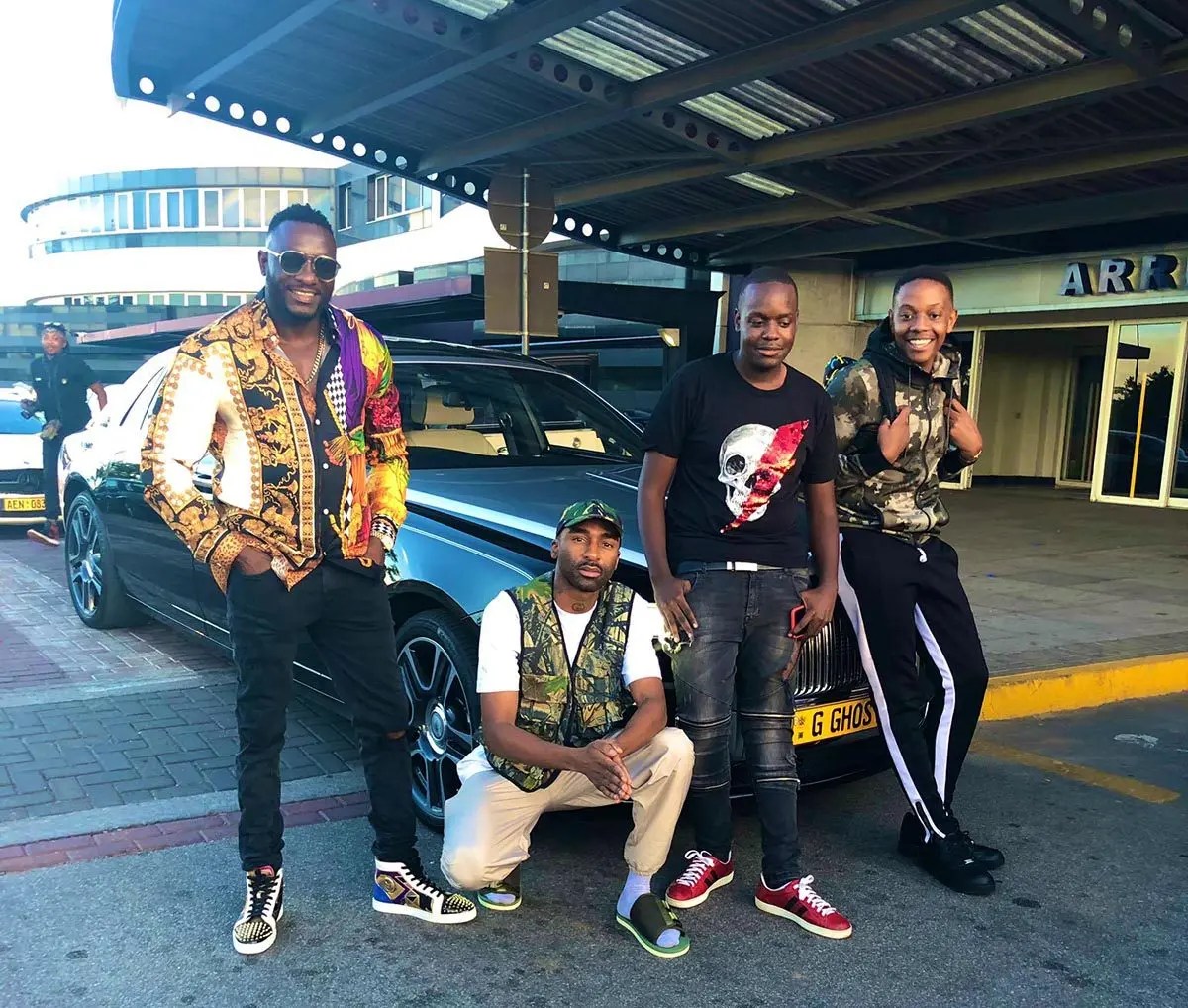 Zimbabwe has stringent laws regarding the wearing of fashionable look-alike military regalia. The law makes it illegal for all civilians to wear or possess “any article of wearing apparel made of material carrying military-style camouflage markings.”

According to Section 32 of the Criminal Law (Codification and Reform) Act, anyone found guilty of unlawful wearing of “any camouflage uniform” faces a sentence of up to one year in prison.

On the day that former Sunday Mail editor Edmund Kudzayi appeared in court for possessing an umbrella with camouflage style markings, Riky Rick and the youngest Mugabe landed in the country while dressed in camouflage, as defined by the country’s laws.

The two flew into Harare from Johannesburg and were met at the Robert Gabriel Mugabe International airport by the late businessman and nightclub owner, Genius “Ginimbi” Kadungure.

Just days before, the Zimbabwe National Army had issued a statement warning that it would crack down on people wearing “ZNA uniforms and other resembling clothing items.”

Part of the Army’s statement said,

The Zimbabwe National Army (ZNA) is advising members of the public that it will conduct snap searches for ZNA uniforms and other resembling clothing items in residential areas starting on this weekend.

This has been necessitated by the sharp rise in cases of theft, robbery, etc, executed using military regalia mostly by rogue elements of the society. Members of the public are urged to voluntarily surrender these clothing items to the search teams before the searches are conducted or surrender them to the nearest police station or army camp.

Thankfully, perhaps due to their high profile, the authorities showed restraint and did not go after Riky Rick or Chatunga Bellarmine Mugabe for wearing the camouflage on this particular occasion.

However, a month later, a 20-year-old Banket man was not as lucky. Malvern Makuranga was sentenced to one year in prison by Chinhoyi magistrate Letwin Rwodzi after he was found guilty of unlawful wearing of a camouflage uniform.

‘For over 19 years of living here, I can never get used to the weather’ Heavily pregnant Sandra Iheuwa storms America