Portable angrily fires his manager, DJ and promoter, lambastes them in video

Na Me Be Una Father? Portable Blows Hot, Sacks Manager, DJ and Promoter Over Failure to Give Him Money, Controversial music star Portable has once again caused a stir on social media after sharing yet another rant video. 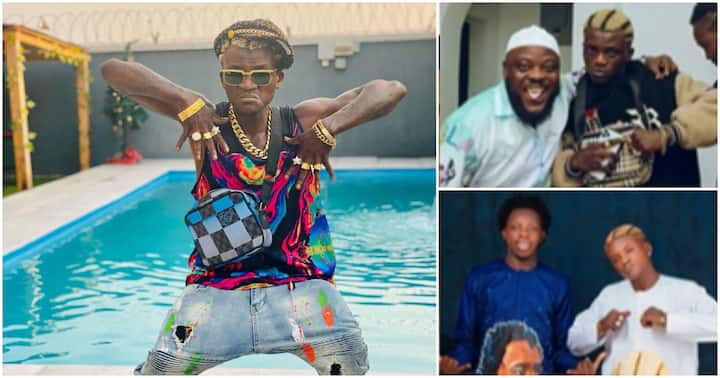 This time around, the Zazu crooner announced the sack of his entire team members. Portable made it clear that his official DJ, promoter and manager are no longer in business with him.

He called on members of the public who wish to engage his services not to carry out any business transactions with the three individuals.

In a video shared on his page, Portable angrily berated the three and pointed out how they couldn’t give him money when he needed it.

Portable mentioned how he has been feeding and taking care of them and they couldn’t do the same when he needed them to.

He noted that their time is up with him and other people out there should also get a chance to benefit from his kindness.

See videos he shared online below:

“a reason why obi cubana signed my guy… new wahala every week .”

“Wetin he gain now,for him to sack all he entire team?”

“To me, he knows what he’s doing though, na him mouth just get issues.”

“If he’s giving them money then why them con Dey brok every time ?”

Brillant teen gets admissions from 49 US universities & over N540m scholarships