Singer Portable’s adventure in the UK is filled with so much fun and content as he keeps dropping them back to back on Instagram. 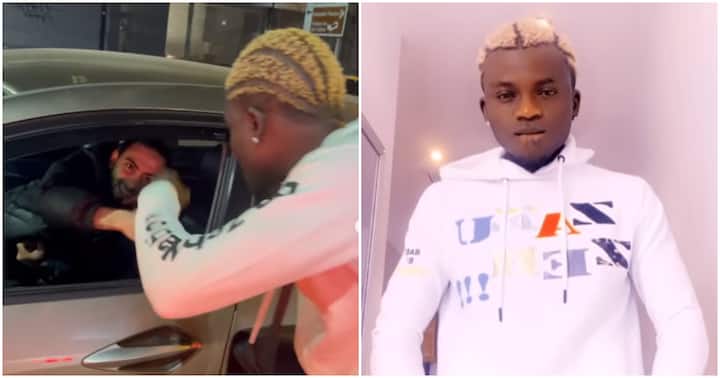 The self-acclaimed controversial singer shared a video of himself and a white guy who is his big fan on Instagram with both men having a lively conversation.

The white man was driving but had to stop over to greet the Nigerian singer who tried to create a fun conversation with him.

Nigerians react to video of Portable and the Oyinbo man

Social media users have reacted differently to the video of Portable and the white man, most of them are surprised by his accent.

“I love this guy…i wish i can be dashing him money.”

2Baba rolls back the years with top performance at Lagos event, fans react