Pregnant Woman Who Became Internet Sensation Because Of Her Baby Bump Gives Birth To Triplets, About a week ago, a pregnant mom went viral on the internet after photos of her pregnancy bump hit the internet. Numerous people were fascinated with the pregnancy bump of the woman and the pictures took turns on different social media platforms. 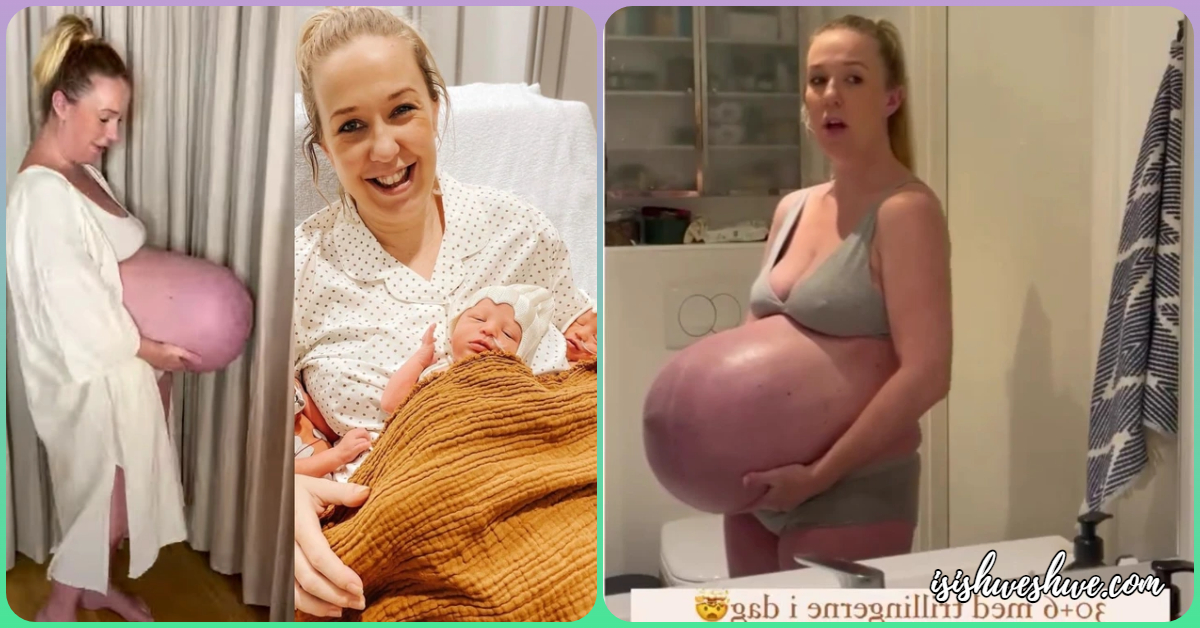 The woman identified as Michella Meier-Morsi is a Danish mom. She had previously given birth to twins in 2018. She and her husband, Mark Morsi initially thought they were done having children after they welcomed their baby girls but life had other plans for them. When Michella went for a routine ultrasound, the technician started throwing questions like ‘did multiples run in her family of husband’s family?’ That was when she realized that she is carrying more than one baby but she had no idea it was triplets. Poco-a-poco, her tummy started protruding until it became very large. She always writes about her experience on her instagram page since last year but her pictures/story started getting lots of attention on the internet few days ago.

Right from the day she found out she was pregnant, Michella has been taking photographic pictures of her belly to show the progression of her pregnancy. Her belly kept growing and growing as if it would not stop. At a point, the belly looked extensively oblong and marked vividly with veins. As her pictures began to get so much attention on the internet, many people were literally on the edge of their seats waiting to see the beautiful birth of the triplets. Many people also put her in prayers for a safe delivery. As time would tell, Michella has finally put to bed and she has posted an adorable picture of her three babies on her instagram page. She wrote that: “My stomach is empty but my heart and my arms have never been so full of love and happiness. It has been the wildest three days getting to know everyone, finding routes, having extreme sleep deprivation…”

She also noted that the birth went far better than the fear. However, she said her postpartum pain and injuries are significantly worse than the last time. “Right now, I can’t seem to get out of this nightmare. Luckily, it helps when you lie with three adorable boys on your chest. I’ve already had the pleasure of having them all up at once.”

She said the kids came out ‘2278, 2626 and 2775’ grams respectively. Thousands of people have taken to her comment section on instagram to send heart-felt congratulatory messages to Michella and her family.

Zubby Michael, 2baba, and Others React as Comedian Ay and Wife Welcome Another Child After 13 Years