Tears as Beautiful Lady who Resurrected after Doctors Confirmed Her Dead Dies Again, Her Aunt Speaks, Zuweira, a young lady who was reportedly pronounced dead by doctors and later resurrected a few moments before her burial, has passed again. 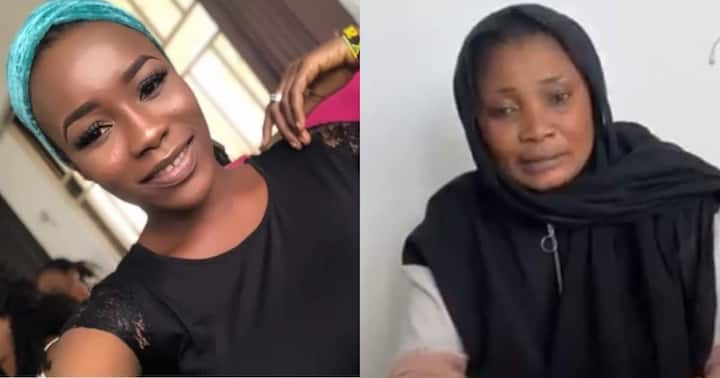 The Accra-based makeup artist was reportedly confirmed dead by doctors at the Ridge Hospital on Thursday, March 24.

In a video online, her aunt Rabu confirmed that Zuweira was pronounced dead by doctors and was prepared for burial in line with Muslim customs, Ghanaweb reported.

She said cemetery authorities and all arrangements were made for her burial and prayers only for the doctors to call that Zuweira ”resurrected”.

In a new post by another aunt, Rabi Dan-Alpha Sharubutu confirmed that their daughter has passed again, saying:

”Thanks to everyone for your prayers on my Niece. But she is gone today. God knows best. May she rest in peace,” she said.

Several people have reacted with shock over the accounts as they commiserated with the family.

”May Allah grant her Jannah.”

”May her soul rest in perfect peace.”

”May Allah be pleased with her soul.”

”Hmm. May her soul rest in perfect peace.”

”Yaa Allah. Condolences to you and the entire family. I pray Allah increases you in patience n may Allah grant her Jannah. Amii yaa Allah.”

Why aren’t you saying hi??- Davido’s daughter, Imade Questions him as fans hailed him while on a ride in his Lamborghini (Video)