Who Is the Father? Actor Uche Maduagwu ‘Grills’ Seyi Shay As She Attends Davido’s O2 With Her Baby Bump, Controversial Nollywood actor Uche Maduagwu has once again picked on a colleague in the entertainment industry and this time around it is music star, Seyi Shay. 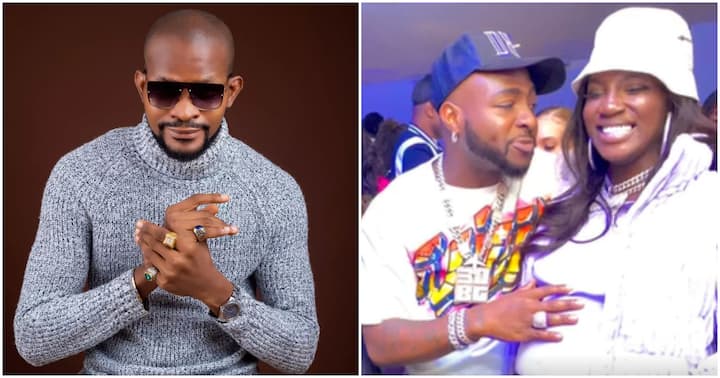 Taking to his Instagram page, Maduagwu directed queries at the singer while demanding to know the father of her unborn child.

Maduagwu claimed the singer isn’t married and as such, she should expect that people would want to know who she is expecting her first child with.

He equally made a reference to Seyi’s recent appearance at Davido’s O2 concert while pointing out that she flaunted her baby bump just like Rihanna.

According to Maduagwu, if the singer can fly down to the UK to show off her baby bump, then she should be able to reveal the identity of her partner to fans.

In a different post, Maduagwu accused Nigerian celebrities of normalizing actions that go against cultures and traditions in the country.

“This is not even funny at all, Mind ur Buisness.”

“U no go mind ur business abi busy body celeb, nonsense and ingredient.”

“This guy must mind his business.”

“This guy mouth just loose anyhow them no use hot water press him mouth when dem born am.”

My faculties are complete: Veteran actor Pete Edochie thankful as he clocks 75

Days after breaking crate of eggs in woman’s shop, lady gifts her N70k in video