“Ready for rapture”: Pastor arrested in Ondo for “hypnotising” 77 people

“Ready for Rapture in Sept”: How Ondo Pastor ‘Hypnotised’ 77 People, Kept Them in Church Basement, Ondo state – Police officers in Ondo have found and rescued 77 persons, including 26 children, from the basement of a church in Valentino area of the state. 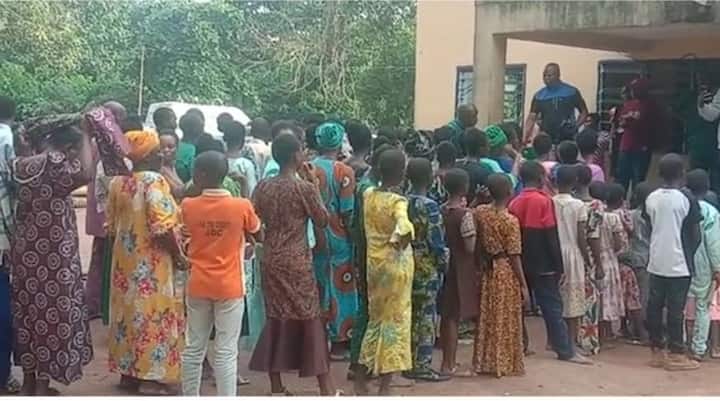 Confirming the report, Funmilayo Odunlami, police public relations officer (PPRO) in Ondo state, told TheCable on Saturday, July 2, that an investigation has been launched into the incident.

The police spokesperson disclosed that early findings indicated that the persons were kept in the basement by a pastor preparing for rapture.

“It’s a case of suspected abduction. It’s a church-related issue — a pastor who claims that Jesus is coming soon and rapture will take place by September and he harboured all of them in a house.”

What is the rapture?

According to the Christian doctrine, it is the period of the second coming of Christ where all believers will be caught up (i.e., “raptured”) to meet the Lord in the air.

How the church members were rescued

Odunlami told Channels Television that the police had received an intelligence report “that some children are being harboured at The Whole Bible Believers Church AKA Ondo Church, Valentino area, Ondo Town”.

Police officers quickly sprung to action, but on getting to the church, they were attacked by the members. Two of the church’s pastors were later arrested and are in custody.

It was gathered that one Pastor Josiah Peter Asumosa, an assistant pastor in the church was the one who told the members that rapture will take place in April but later said it has been changed to September 2022.

In an interview, the resident pastor, David Anifowose, and Josiah, denied the allegation of hypnotising their members’ saying they only preached undiluted words of God to them, Vanguard reports.

The police spokesperson added that a family that was around during the rescue disclosed that their daughter left home in January 2022 to start living in the church. The girl, a part three student, also dropped out of school due to the strange teachings of the pastor.

“Even the mama know”: Burna’s mum asks him to tone down madness on birthday