Rihanna and A$AP Rocky Allegedly Break Up Amid Cheating Rumours, Fans React: “It Better Not Be True”, Rumour has it that Rudeboy singer Rihanna has dumped her boyfriend and baby daddy ASAP Rocky after allegedly cheating on her with Amina Muaddi, a shoe designer and his ex-girlfriend. 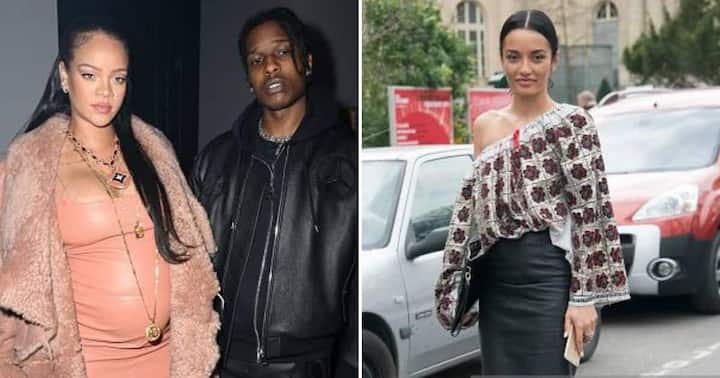 The news of ASAP Rocky’s alleged infidelity was first reported by blogger and fashion influencer @Louis_via_Roma. The blogger posted that Rih dumped his baby daddy after discovering that he cheated with her employee. He tweeted:

“Rihanna & ASAP Rocky have split. Rihanna broke up with him after she caught him cheating with shoe designer Amina Muaddi.”

Rihanna & ASAP Rocky have split. Rihanna broke up with him after she caught him cheating with shoe designer Amina Muaddi.

According to XXL Magazine, the celebrity couple was last seen publicly together at Craig’s restaurant in Los Angeles. Rihanna was seen crying at the table before leaving without her baby daddy.

The South African reports that social media has been buzzing with mixed reactions from peeps. Many are shocked that Rocky would cheat on Rihanna.

“Asap Rocky cheated on Rihanna, women are about to hate men 10x more than ever.”

Even serial cheaters dont understand how and why Asap Rocky would cheat on Rihanna pic.twitter.com/qgZBJMa1I5

“Forget the fact that she is Rihanna, cheating on a woman pregnant with your kid is insane lowkey.”

i do not believe Asap Rocky cheated on Rihanna. i refuse to believe he’s that dumb.

“If this whole ASAP Rocky cheating on Rihanna turns out to be true, it is the last piece of evidence I needed to confirm that men are STUPID.”

Drake writing a Rihanna verse right now ✍🏾
When your relationship gets ROCKY ~ Hit me up ASAP Boo 🔥 Adonis could use lil brother or sister to hang with too 🎤 pic.twitter.com/nW2iA1RHSM

Drake after hearing Rihanna and ASAP Rocky are no longer together pic.twitter.com/nsyaoqOYpc

“Drake to Rihanna after hearing ASAP rocky cheated on her: “Riri, I’m hearing your relationship is kinda rocky right now. Come to the 6 & we’ll talk about our future wedding vows.”