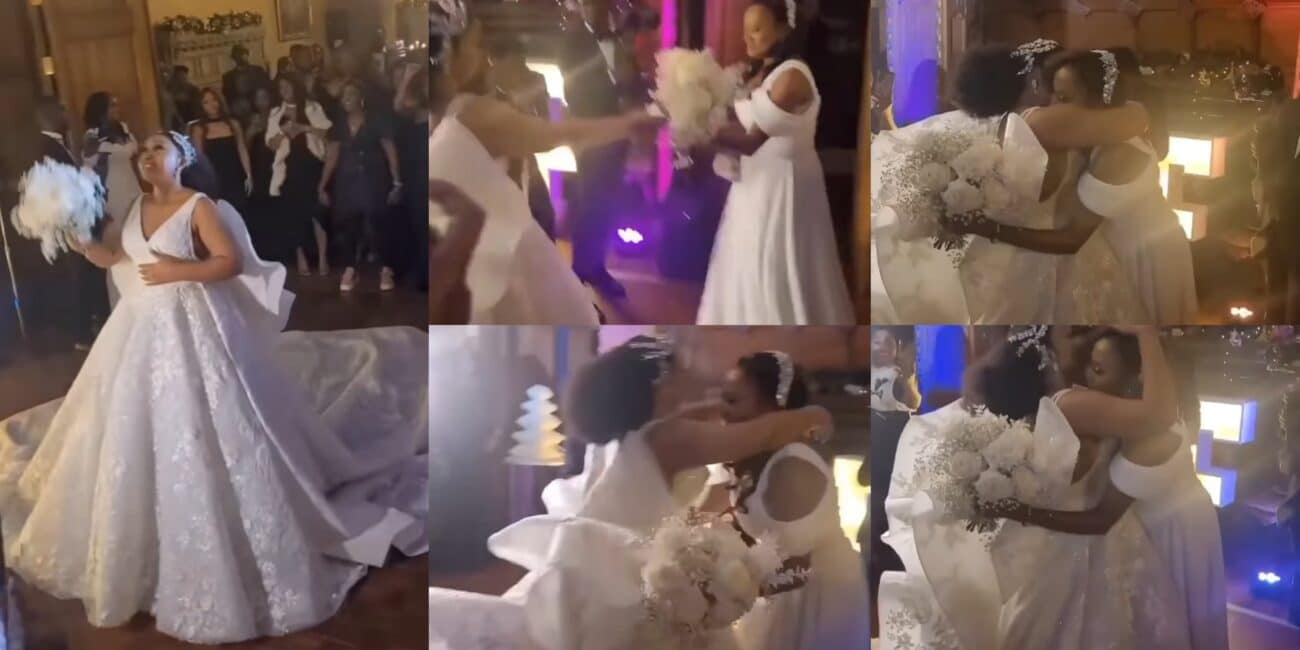 Nigerians are still yet to get over the beautiful white wedding ceremony of actress, Rita Dominic and her husband, Fidelis Anosike.

You could describe it as the wedding of the year and you wouldn’t be wrong!!

As many, still drool over the wedding photos and videos, a heartwarming video of Rita Dominic and Michelle Dede has made it way to the internet.

The talented movie star brought her Maid of Honor, Michelle Dede to tears as she passes her bouquet to her.

Rita Dominic, ditched the conventional method of passing of bouquet, as she personally handed her flowers to Michelle.

Kemi Filani brought you some first photos from their white wedding ceremony which was attended by families, friends, and colleagues of the couple and took place in North Yorkshire in England on Saturday.

Kemi Filani recalls that Rita Dominic‘s journey to forever began in April when she tied the knot with her lover.

Her Nollywood friends stormed Owerri to support and cheer her on, making the #ReelDeal22 traditional wedding even more spectacular.

Rita and Fidelis Anosike got married in Aboh Mbaise, Owerri, Imo State on Tuesday, April 19, which was the talk of the town as Nigerian celebrities graced the ceremony.

The wedding ceremony had all categories of notable personalities across the country, especially Nollywood personalities and business people shutting down Owerri. They were there to see beauty among beauties and talent among talents finally get married after being subject to many speculations and the recurrent “God when!” that is declared on her behalf.

The likes of Onyii Alex, Uche Jombo, Uche Elendu, Okey Bakassi, Kate Henshaw, and other A- actresses where present.