Rosy Meurer Gushes Over Son’s Celeb Status, Says Turkish Police Begged to Take Photo With Him During Vacation, Popular Nigerian actress, Rosy Meurer, has taken to social media to brag about her handsome son, King Churchill, and also shared an encounter they had. 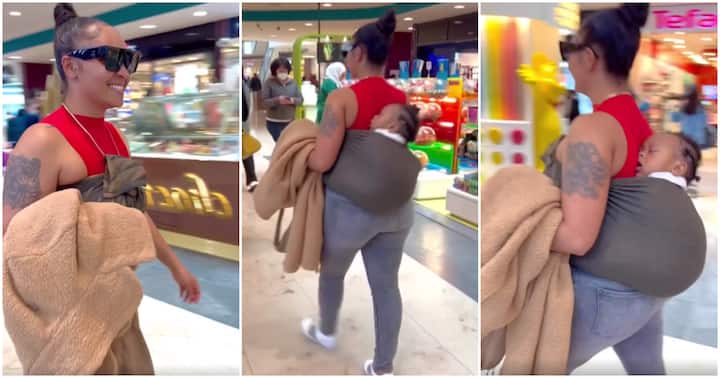 Taking to her official Instagram page, the movie star posted a video of herself carrying her sleeping son on her back like a traditional African despite being overseas.

The movie star then took to her caption to explain that young King is now her fashion accessory.

Not stopping there, the actress recounted how a Turkish police even begged to take a selfie with her son.

“King is my new fashion accessory That’s how Turkish police literally stopped me to take a picture with him. At first I was thinking “what did I do o” only for him to bend to king in his stroller and brought out his phone to take a selfie with KING CHURCHILL .”

Many of Rosy’s fans had things to say about her post. Read some of their reactions below:

“Babe I Dey give them back to back @i love ❤️ what I am seeing hello my king .”

“Belike dem never see who carry pikin for back.”

“We All love ❤ U Madam. Enjoys Your Vacation Queen Rosey Olakunle Churchill.”

“Awww this is so beautiful.”