Samini Shows Off East Legon ‘Mansion’ And Cars In photos, hanaian dancehall sensation, Emmanuel Samini, known in showbiz as Samini has released photos of having a good life. 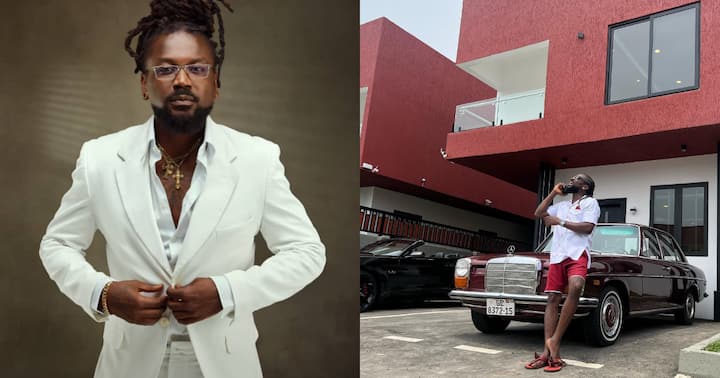 The one-time MOBO award-winner is noted for keeping wealth to his chest and hardly would you see him showing off.

Now, he has released first-ever photos of himself flaunting a beautiful mansion on Instagram.

Samini is spotted wearing a casual outfit standing in front of a white top and a red short.

The Gyae Shi hitmaker was leaning on one of the two cars parked in front of the huge mansion and was talking on the phone.

Samini’s fans give him big fans

Followers of the Dansoman-born singer have been wowed with the photos he shared on his official page.

King is that your estate wow Akyesaaaaaaaa

No talk talk just humble and do it