Sharon Ooja, Beverly Naya, Other Nollywood Actresses Whose Fans Are Eager to Know Their Partners

Sharon Ooja, Beverly Naya, Other Nollywood Actresses Whose Fans Are Eager to Know Their Partners, However, some Nigerian stars, both male and female prefer to keep their love lives under wraps, away from the prying eyes of social media. 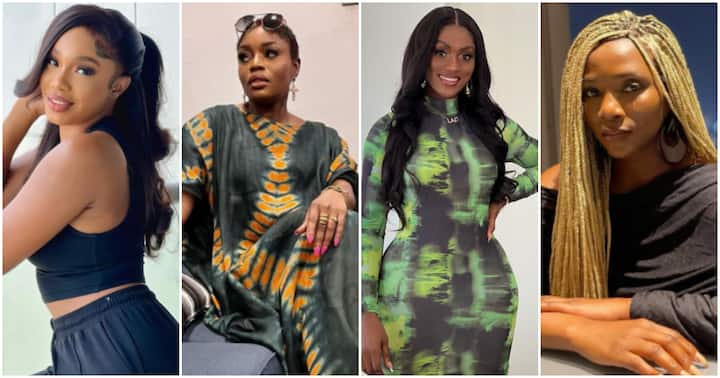 As Valentine’s day approaches, fans might hope the season of love and the excitement that comes with it will spark some revelations.

Some people will say that it’s hard to picture or assume that some of our popular Nigerian movie stars are single and we agree.

we brings you a list of actresses whose ‘partner reveals’ will spark joy on social media.

The day Genevieve unveils her man would probably be a public holiday in Nigeria. The actress is one of the most talented and beautiful acts in Nollywood who has a lot of male fans crushing on her.

Over the years, Genevieve has continued to live the soft life and refused to publicly unveil or attach herself to a man, but as Valentine is coming, fans can be hopeful.

Beverly’s soothing voice and calm demeanour even when she’s playing the meanest role is perhaps some of her endearing features.

Just like many, the actress has also not opened up on her love life, but again February might just be the month.

Jemima is a sweet babe who also boasts of numerous crushes on social media. Despite her very approachable nature especially on social media, her love life is a ‘hush’ case.

Pretty sure that the actress’ fans are also curious.

We all love Bimbo Ademoye, she’s beautiful, talented and most especially, very fun to watch or be around.

We are curious to know if Valentine’s day is the avenue to know the man ‘eating her work.’

Bisola is another Nollywood favourite and even if she claims to be single, we don’t wanna believe it. Fellow BBNaija ex-housemate Thin Tall Tony was the closest we ever got to see the mum of one in love.

We really hope that February 14 will pave the way for curious fans.

This curvy beauty is almost on every man’s lips (we see you), but we are yet to see the one man the actress is crazy about.

Since her marriage to a colleague, Gbenro Ajibade, crashed, Osas’ love life has been lowkey. Hopefully, that changes soon, if it hasn’t.

The light-skinned actress is a bundle of talents and perhaps one of the Nollywood stars whose fans are most curious.

Sharon is very beautiful with a gracious body and it is hard to accept that not one man, colleague or not has gotten her to fall in love with him.

The actress ‘dey enter many people’s eyes’, but crushes can only crush. Linda is another Nollywood fave, and if men are not offering her marriage, they are wondering who she is with.

The media personality and actress is one who you cannot but fall in love with everything that she represents.

Nancy is a beautiful bundle of talents who lives life unapologetically. She also keeps her private affairs very private, but we know she receives flowers a lot.

Maybe, February 14 flowers will come in different, who knows?

In conclusion, as a man, do not let the thought that the actresses above might be with a man deter you, for all you know they might be available on Valentine’s day.

We won’t say more than that.