She be like NURTW chairman: Fans struggle to recognise Cuppy at granny’s party

Why She Dress Like NURTW Chairman? DJ Cuppy Almost Unrecognisable at Granny’s 90th Birthday Party, Entertainer DJ Cuppy has a way of generating controversies on social media with her sense of style and fashion and she recently did it again. 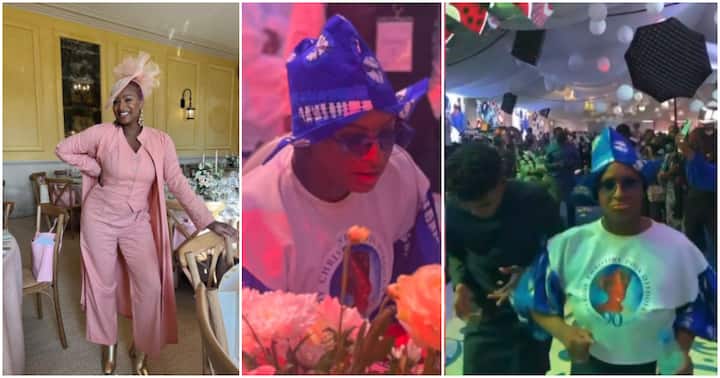 The Gelato crooner who has been in the UK for the last two years was among family members who made it down to Nigeria for her grandmother’s 90th birthday.

While the star-studded event had a lot of side attractions, netizens couldn’t look past the choice of Cuppy’s outfit for the event.

The Gelato crooner rocked a customized t-shirt that had a kampala styled short-sleeve and paired it along with another Ankara bucket hat.

Cuppy was almost unrecognisable in the outfit as many had expected her to show up looking regal to the birthday party.

Check out a video seen online below:

“She resemble all this kegite club members.”

“At first I thought it was aunty ramota.”

“Wetin concern cuppy? I love her simplicity…She no send anybody.”

“Cuppa no dey hear word at all o.”

I’ve forgiven all who offended my family – Maryam Abacha