She is funny: Mercy Johnson and her hubby play love game on Valentine’s Day

Mercy Johnson Is Funny but Hubby Is More Romantic: New Discoveries As Actress Plays Love Game With Her Man, Nollywood actress Mercy Johnson has stirred yet another talking point on social media after she and hubby, Prince Okojie, engaged in a romantic game. 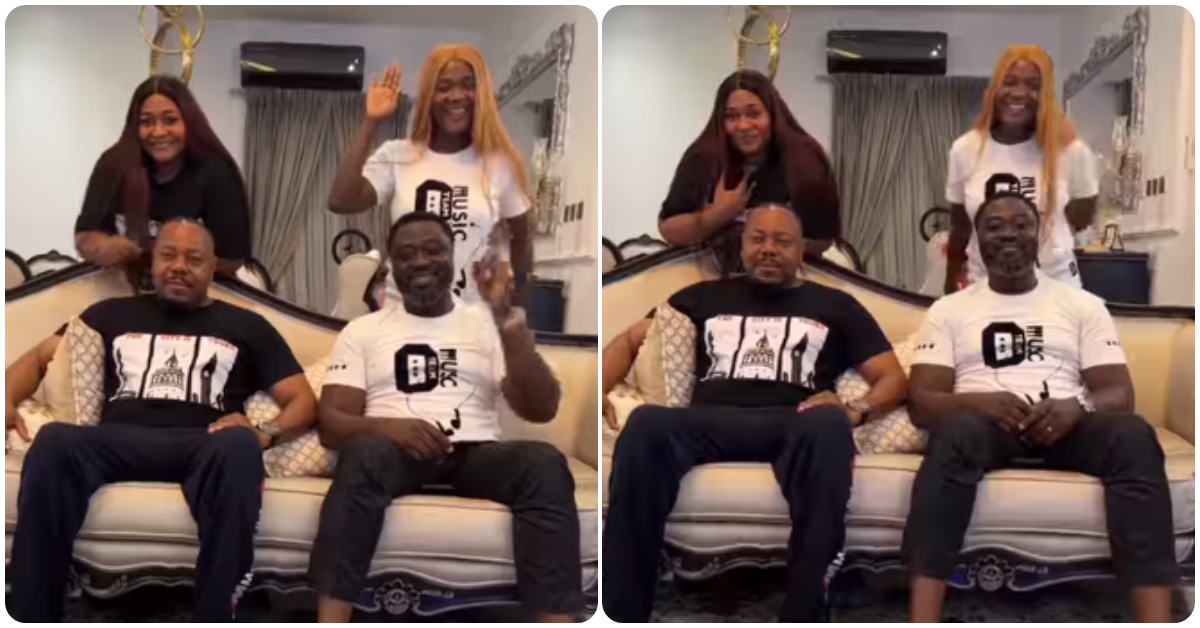 Mercy and her Prince were joined by another couple who engaged in the game with them as they revealed hilarious secrets about each other.

In the video that was shared by the actress, it was revealed that she is the first to apologise after a fight and also the funny one in the marriage.

Her husband is more romantic while she is the better cook.

As expected she takes longer to get ready in the morning but her husband is more patient and was the first to say ‘I love you’.

Check out the romantic couples’ video below:

Nigerians have reacted to the romantic video of the families.

“I enjoyed watching this. Love you sis.”

“At least something without politics.”

“Always the women who are late my sister and mum are always late.”

“Who else concentrated more on MERCY ND HER HUBBY.”

“This is lovely , but our second daddy looks like he was forced to feature in the video. Apparently, he’s a not camera person.”

“Who else was expecting the who takes longer to get ready in the morning.”

We previously reported that Mercy Johnson and her husband, Prince Okojie got many gushing on social media.

Mercy’s husband presented her with a new diamond engagement ring worth N2.7 million in an adorable video shared on her Instagram page.

The mother of four explained that she requested the ring from her husband and he came through for her.