She Sneaked Out of the House: Tchidi Chikere Shares Details on How Marriage With Nuella Njubigbo Ended

Popular Nigerian actor, Tchidi Chikere, was recently dragged on social media after he showed support for his colleague, Yul Edochie. 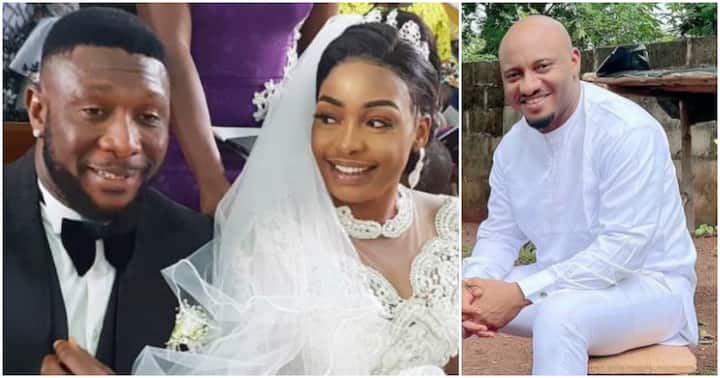 Yul recently took a second wife and welcomed a son with her after being married to his first wife for 17 years.

Chikere was one of the actor’s colleagues who went online to praise his decision. According to him, most of Yul’s critics do worse in private and are hypocrites. He also added that social media is not a court and only the law and God can judge.

An online user found Chikere’s comment amusing and noted that Yul is even better than the actor. According to the netizen, Yul managed to stay with one woman for 17 years but Chikere couldn’t keep any of his two women.

Not long after being trolled online, Chikere responded to the person’s comment. He noted that his first marriage lasted for 11 years and the second lasted for 7 years before his wife, Nuella Njubigbo decided to take her things and sneak out of the house.

Chikere added that many women think they run the world because men don’t talk and he might just share his story one day.

Read some comments from online users below:

“Poor Yul!!!! See who feel say him reach to advise am…. Yul is even way better in this condition than your sorry self.”

“Nawa ooo His kids must be really proud.”

“A woman took her things and sneaked out of the house Oga she run for her dear life.”