She wears a pant for 3 days: Nkechi Blessing’s ex-boo says in video, she reacts 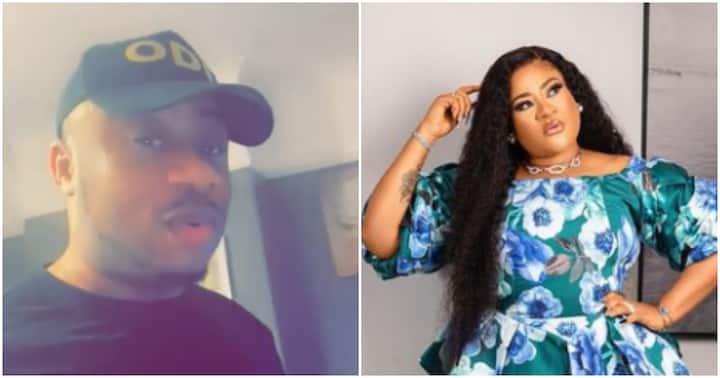 Falegan recently went viral on social media after a video of him speaking on why he backed out of their relationship trended.

In the clip making the rounds, Falegan accused Nkechi of having poor personal hygiene and he went ahead to give some examples.

According to the aspiring Ekiti state politician, the actress wears one pair of pants for three days. He also claimed that he took her lingerie shopping but it did not make a difference.

ODF also added that Nkechi can go for a whole day without brushing her teeth and leaving everywhere messed up. He then addressed fans who were displeased about their breakup to go and marry her.

Brickmaker who bought brickmachine for N3.5m gets another one from kind Nigerian