Drink It for Me: Sick Mr Ibu Almost in Tears As He Begs Daughter to Use Pills on His Behalf, Popular Nollywood veteran Mr Ibu has got people laughing as well as sending him their best wishes after a video of him being persuaded like a child hit social media. 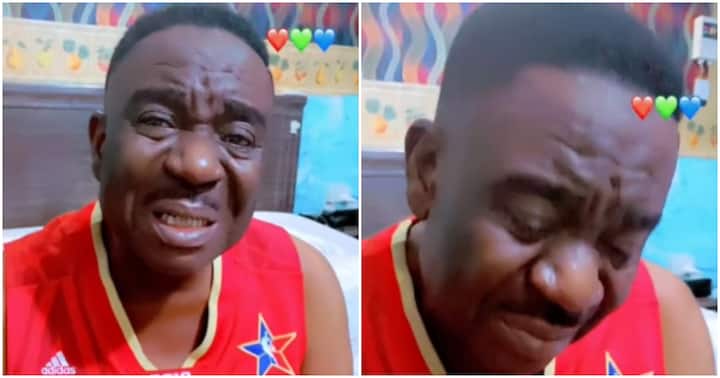 The funny actor who seems to be on his way to recovery was seen in the video trying to get himself out of using the rest of his pills.

Drink it for me

Ibu’s daughter was heard gently coaxing and persuading her dad who looked like he would break down in tears to use the rest of the pills in her hand.

According to her, he had used some before but the actor continued to lament as he asked his daughter to use the rest on his behalf.

The young lady could not hold back herself from laughing at him.

“The Lord will grant him quick recovery.”

“Celebrities or nollywood will not help him now later you will see them showing fake love. “

“This man is ageing, I hope he get well soon.”

“Just put it inside eba with better vegetable soup.”

“See his face, even in sickbed this man is funny… May God heal you Sir, .Aminnn.”