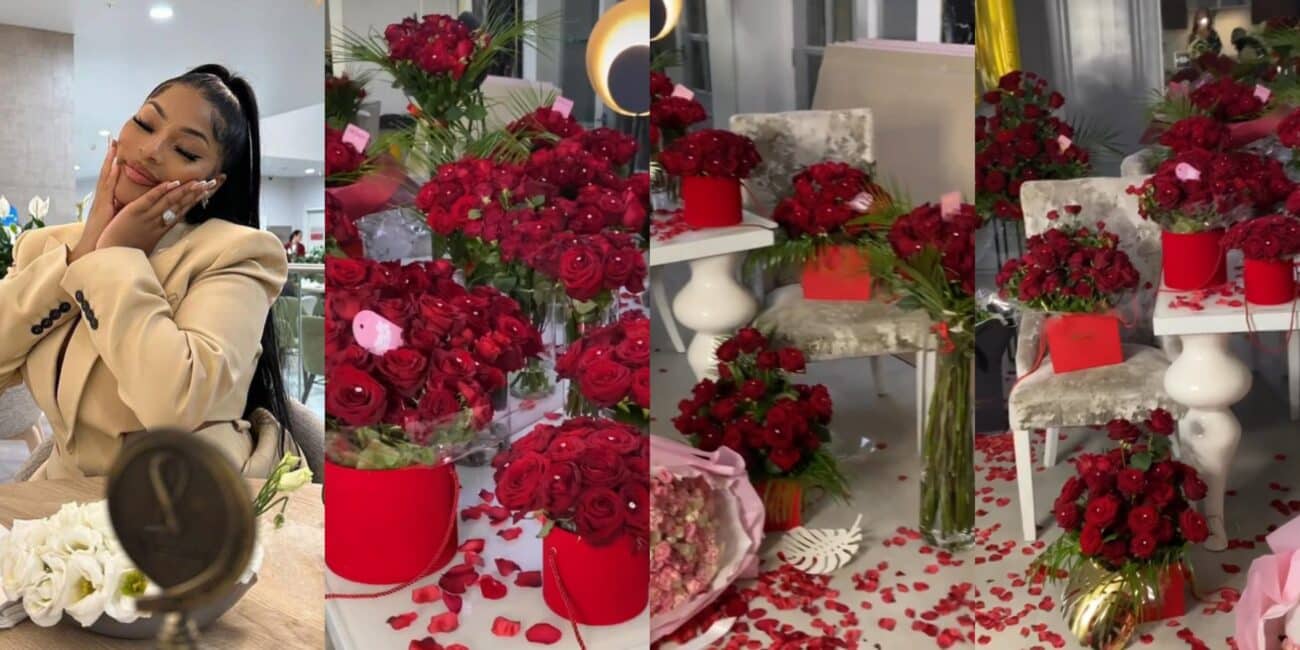 Just few months after breaking up with the Grammy singer, Stefflon Don has moved on with a new man.

The rapper, who is celebrating her birthday today, took to her Instagram page to show off the grand surprise she received from her mystery lover .

The man had gone all out for her as he decorated the room with red roses and filled it with luxury gifts.

“Everything #BdayGirl”, she captioned the video.

We hope the new man isn’t a musician, as Stefflon Don had vowed never to date artistes again following her messy breakup with Burna.

Recall that during an interview with media personality, TT Torrez on a New York-based radio state, Hot 97, Stefflon was asked if ‘she would want to date and industry guy or someone different’.

Replying, Torrez, the “Hurtin’ Me” singer’s response was in the negative as she noted, “Certainly not musically. And that’s OK with me.”

Burna Boy and Stefflon Don’s relationship took a nosedive in late 2020 after he was accused of cheating on her, with a lady, Jo Pearl.⁣

Jo Pearl alleged that she dated the Afrobeats star for two years.⁣

“Two years is such a long time for a person to be hidden,” she said in the video on Instagram.⁣

“It has affected me in so many ways, and I can’t hold it anymore to protect people that wouldn’t protect me.”⁣

According to her, it was Burna Boy who sent her a message on Instagram about two years ago. It took her two weeks to reply because she was reluctant at first before her friends persuaded her.⁣

She did it unwillingly, and they started talking. Burna Boy invited her for his pop-up show in the United Kingdom, which was the first time they met.

“I am thankful” Funke Akindele grateful as she shares stunning photos