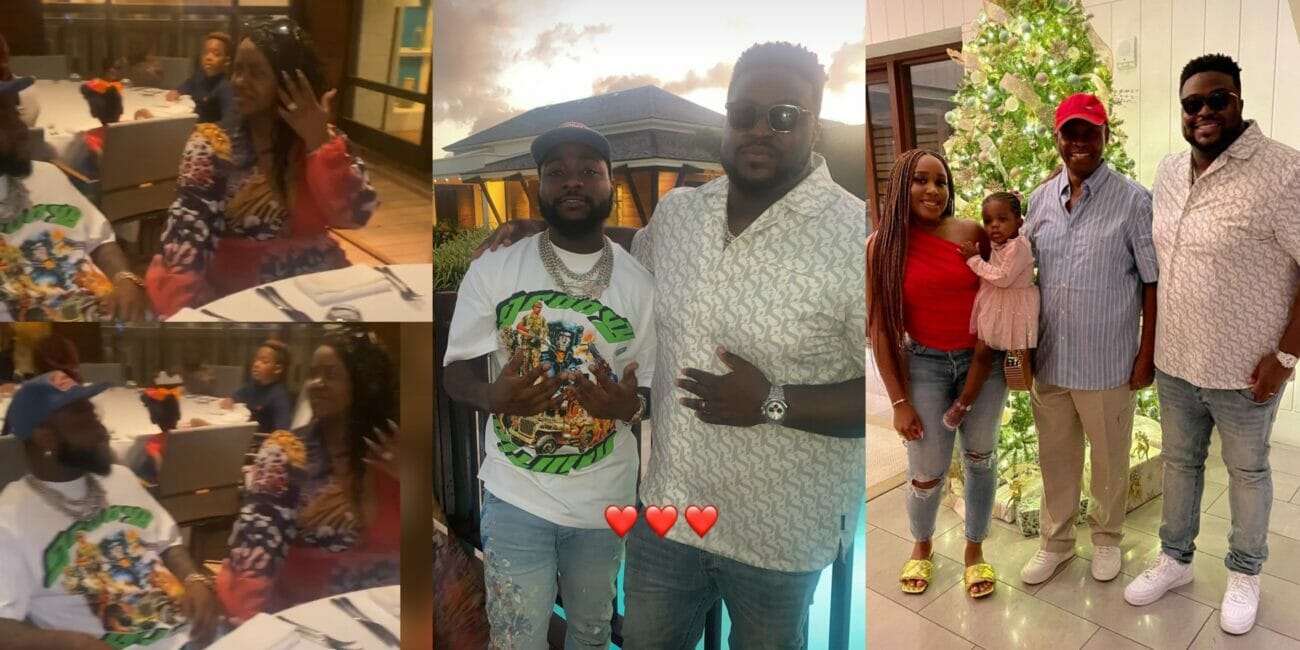 Afrobeats singer, Davido and his wife, Chioma have been spotted in Saint Kitts with the Adelekes.

The singer and Chioma are currently on vacation with his family which includes his dad and his elder brother, Adewale Adeleke and his family.

A video posted on Kani, the wife of Adewale Adeleke’s Instagram story, showed the family enjoying an extravagant Christmas dinner.

Since the death of their son, Davido and Chioma have withdrawn from the spotlight and have been keeping a very low profile. While Davido made his first return to Instagram, Chioma has remained inactive on Instagram.

The couple have been spending more time with family. This is to ease their grieve and to keep them in check from self harm.

Davido and Chioma in Cape Verde

Kemi Filani news earlier reported that Davido was on vacation with his wife, Chioma Rowland in Cape Verde.

The lovebirds were joined by the singer’s elder brother, Adewale Adeleke and his wife, Kani.

Blogger, Gistforum 9ja shared videos from their lavish vacation online. Davido, could he seen in one of the videos playing with his niece while Chioma, who is still grieving her son, looked sober.

A week ago, Kemi Filani news reported that Davido made his return with loved-up photos with his wife, Chioma in Qatar.

The newly married were in Qatar for the World Cup closing ceremony performance on, Sunday, December 18th.

The singer, who has been absent on social media since his son’s death on October 31st, wrote,

The photo has broken new record as it is the most liked photo in Nigeria with over 1.9million likes and over 200,000 comments.