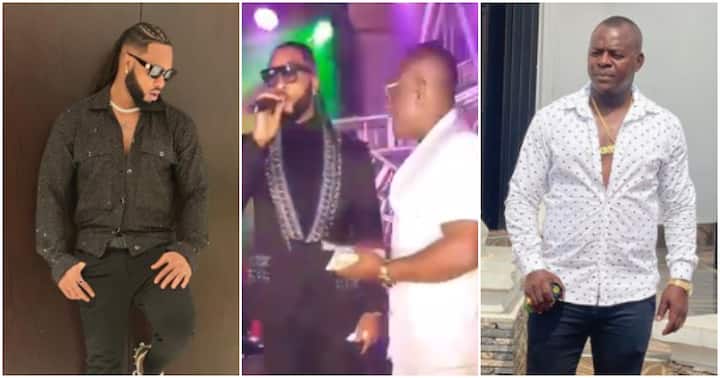 Recall that the singer had been a topic of discussion online after a video captured the moment he pushed a female fan who tried to hug him without consent.

Well, another video going around showed Flavour performing on stage as a colleague, Onyenze Amobi, joined and appreciated him with cash.

Amobi was seen spraying wads of cash on the singer but the moment he made an attempt to place the money on Flavour’s head, the singer quickly dodged and stopped it from happening.

The individual didn’t seem to take offence at Flavour’s defence as they both locked arms in an embrace before he departed the stage.

Watch the viral video below:

“No come take the small glory wey I dey manage.”

“But why spray money on someone’s head tho ?”

“Wisdom is the Key… And the application of understanding is precious (That’s why he Hugged Him).”

“Yes stop that nonsense! You can spray every other place not where the oil or grace is!”